Even though we thought Costco would be selling the Motorola Atrix 4G for AT&T for $149.99, the mega-warehouse decided to sweeten the deal a bit and dropped the price to $119.99 on a 2-year contract (this includes customers upgrading their existing AT&T phones too).

And that's not all - according to our tipster, whose track record has so far been spotless, Costco will be throwing in a free accessory bundle consisting of a case, a car charger, and a wired earpiece. After about $15 in taxes, this deal is just as hot, if not hotter, than Amazon's, but benefits from Costco's top notch customer service and warranty.

Note that the lower price applies only to the first phone on a family line, with subsequent lines 2-5 going for $149.99.

The tipster specified that the phone should be available at his local Costco this Friday. It's unclear whether it already sold out on launch day or some Costcos are getting them later than others. If you are planning to grab yourself an Atrix or five, I would advise to call ahead and report back with your findings. 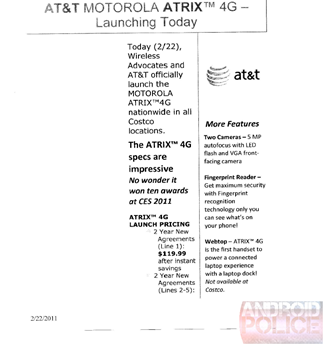 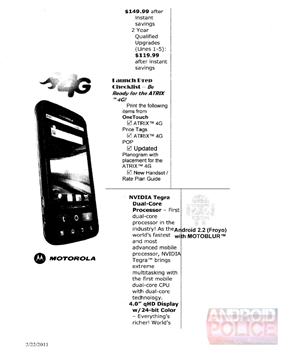 Honeycomb Wallpapers Ripped Out Of SDK, Now Available To Download