AT&T has officially started selling the Motorola Atrix 4G for $199.99 with a 2-year contract.

Additionally, true to its word, RadioShack has also started offering the Android 2.2 smartphone for $149.99. The dock will set you back a further $329.99 when bought with the phone or $479.99 when purchased separately. 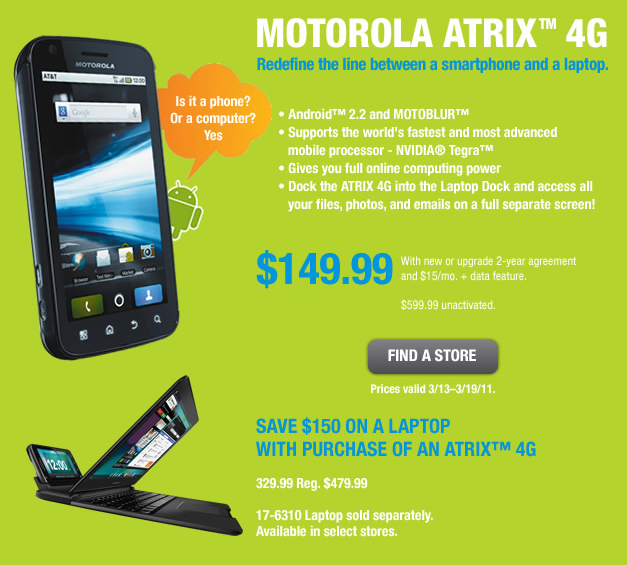 The advertisement for the Atrix 4G on the RadioShack website.

However, if you're really looking for a good deal, pick the phone up from Walmart, who is offering the device for $129.99. But hurry, as this offer ends Thursday.

With a 2-year contract, the voice plans are as follows:

And the data plans are as follows: