One of my most favorite Android games and by far the best tower defense game I've tried is Tower Raiders. Once you try Tower Raiders, you simply can't go back to Robo Defense and other clones (I honestly don't understand why Robo Defense is so popular). Last year, I was traveling to France, and Tower Raiders proved to be hours of incredible fun, making 2-hour lines to museums and long metro rides more than bearable.

I haven't heard from the developer of Tower Raiders, Gianormous Games, for many months, and started to get worried that we'd never see an update. Thankfully, I was wrong, and to my delight, I just found a beta version of Tower Raiders 2 while browsing the Market, released less than 12 hours ago.

Since the game's description doesn't really offer much of a changelog, I fired it up and so far found improved graphics, especially of the enemies and weapons, as well as new sounds and, of course, new missions.

The main premise remains the same - you have to destroy all incoming enemy waves by placing turrets, cannons, lasers, etc. around the map before said enemies of varying strength, defenses, and speeds (and looks, of course) steal all of your precious crystals. The farther you go, the harder it gets, and by the time flying units start showing up, you are fighting a full-on war.

The free beta campaign contains only 5 levels, which, I promise you, you will have a blast completing. The full version of Tower Raiders 2 is not available just yet, but I'm crossing my fingers that it will be released soon. 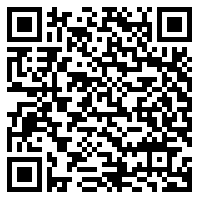