Whilst browsing the Apps and Games section of XDA-Developers we came across an interesting thread about a relatively new application from Samsung, for the Galaxy S. This simply-named Video Editor looks to fill the void until the delicious-looking one from Honeycomb trickles down to our  phones' OS versions. 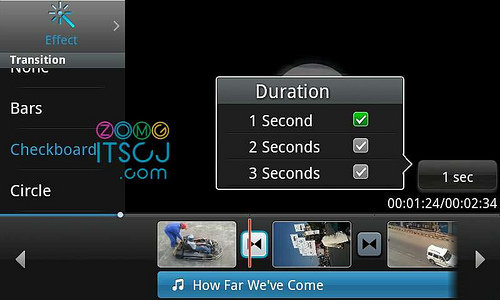 Strangely enough, the app appears to only work on 2.2+ devices, limiting it to the i9000 and Vibrant when it comes to Samsung's own devices. The XDA devs have unsurprisingly gotten it working on a bunch of non-Samsung devices too, so check out the source thread beneath for that. Along with this thread also came a highly informative walkthrough from Aatif Sumar at ZOMGitsCj.com, so we'd suggest you give it a read before having a go yourself.

The editor is pretty basic, with rudimentary transitions and effects, but considering the absolute lack of video editing software for Android out right now, we'll take what we can get. The video below demonstrates a few of the possible effects found in the Video Editor app: