Prev
Posts in the last
24 Hours
sorted by
Hottest
Next
Update:  If you're a Nexus One or Desire owner and you're feeling a little left out of the Honeycomb SDK fun, I have some good news. The folks over at XDA managed to get a port running on both devices over the weekend. Hit up the links below to check them out and remember, these ports lack the basic functions of a phone and should only be used by people who know what they're doing. Enjoy!

(Also, Brian gave the N1 port a shot. He only made it a few minutes before flashing to a normal ROM. Again, these are cool to check out but not genuinely usable. --Aaron)

We've all seen it and we all want it. There is no denying that Honeycomb, Google's tablet-specific version of Android, is one sexy piece of software. The futuristic blue glow, the holographic UI, and the new lockscreen are all worthy of our longing gazes. Depending on what device you have, you may just be able to get a (small) taste of that sweet, sweet honey.

Google released the SDK preview for Honeycomb on the 26th of January, and by the 28th there was a rough port running on the Nook Color. While awesome, this wasn't really surprising given the ingenuity of the Android modding community and the fact that the Nook is a tablet (of sorts). It was a little more surprising when Honeycomb was ported to the Droid Incredible on the very same day, but it looked a lot more like plain old Froyo than the futuristic Android 3.0. 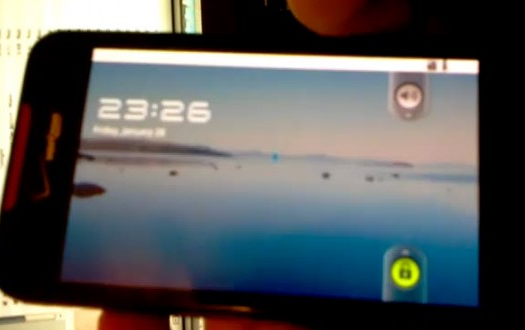 If you have one of the devices listed in the title and the Honeybread theme for CyanogenMod 7 just isn't enough, the guys at t3hh4xx0r have managed to get a much better version up and running. All the major UI elements we have seen in the press and in the SDK preview are there to tinker with, but don't even ask about basic functions like audio, radios, and data (among others). Just to be clear, this is not a "daily driver" for you to put on your phone and head out the door; this is mainly for experimentation purposes.

With that out of the way, here are a few videos of Honeycomb running on the Droid Incredible, EVO, and Desire HD. If you are feeling brave head over here and download the port for your device and give it a shot!

Honeycomb on the Droid Incredible

Honeycomb on the EVO

Honeycomb on the Desire HD

Tower Raiders 2 Beta, The Sequel To The Best Tower Defense Game On Android, Just Landed In The ...

The Barn Is Now A Rooftop - Verizon Releases A New Thunderbolt/LTE Commercial For A Phone ...