About this time last week, I first started playing with our Inspire 4G review unit. And at first blush, I admittedly found myself enamored with this phone. Unfortunately, it was a love that started to splinter as the days went on, and the more I used it, the more I noticed just how unfinished some parts of this phone can feel. Overall, the Inspire is a good phone with the potential to be great, and I'll talk about what's holding it back (software, connectivity) further on in the review.

Don't let that statement deter you from considering purchasing it, though, because at $99 (or $60 on Amazon), the Inspire 4G is a steal of a deal if you're looking for a reasonably priced 4G smartphone.

The Inspire 4G packs an impressive spec sheet, even if the single core and WVGA display don't wow quite like they did a few months ago:

Figures aren't everything, of course, and so I've taken the liberty of breaking down the Inspire's strengths and weaknesses in a couple of handy lists:

The Not So Good:

In a sentence: The Inspire 4G is a great piece of hardware at a great price, but also a staunch reminder of the double-edged blade that is the UI overlay.

You should buy it if: You want to spend a little less on your smartphone, having 4G and Gingerbread right now aren't major concerns for you, and you trust HTC and AT&T to make good on providing those features down the road.

We'll start our full review with part of the Inspire's namesake: 4G. AT&T's first 4G phone supposedly runs on the first of AT&T's two 4G networks to be deployed this year: HSPA+. I'd tell you how fast that HSPA+ network was - if I could find it.

And let's be clear, I'm not out in the boonies. I've run network speed tests up and down West LA, Hollywood and parts of downtown LA. Why, you ask, would I run speed tests instead of just looking at the connection status in the notification bar for a handy "4G" symbol? Because AT&T is very clever, that's why.

The Inspire 4G will display an "H+" (presumably, HSPA+) as its connection type any time you are covered by AT&T's HSDPA 3G. This is because AT&T plans (key word: plans) to backhaul their entire HSDPA 3G network to support HSPA+ 4G, so the device gives you signal information operating under the assumption that said backhaul is complete. News flash: it isn't. Kind of a reality distortion field going on there. So far as I can tell, AT&T has yet to provide any HSPA+ 4G coverage in the LA area, and that's not exactly a small market.

I made some calls on the Inspire 4G - none of them dropped (though my AT&T calls in LA rarely do). The audio was good, even better than my Nexus One, probably owing to the Inspire's large speaker bar. The large 4.3" screen means the phone sits closer to your talk-hole compared to a smaller phone, so people generally hear you better, too.

Blinking notifications for missed calls and e-mails are extremely difficult to see. The Inspire's silver speaker grille along the top of the phone impedes much of the contrast and brightness coming from the small notification/charging light underneath it, making it almost impossible to see unless you're staring straight down at the phone. The brightness and blink frequency are non-adjustable. I suggest keeping the device on vibrate, because you'll probably never notice that pale green notification light blinking.

Now, back to smartphone things. Unfortunately, AT&T's currently non-existent 4G network isn't the only connectivity "issue" this phone has. I've noticed consistently that when switching from a mobile data connection to WiFi that many apps don't recognize the change. Twitter, Words With Friends, the browser, and the Market will all repeatedly give me connection errors until I turn WiFi back off, then on again. This may be something specific to me, but I've noticed it on two different WiFi networks so far, and it is extremely frustrating.

Another oddity I've come across is the Inspire's upload speeds while on a 3G connection - they are extremely low. I'm using the Speed Test app as the benchmark tool here, but I don't see any reason why it would have a measurement bias against the Inspire. The issue doesn't seem to occur on WiFi, so I'm guessing it's some kind of radio firmware bug.

To quantify, my AT&T Nexus One gets about 1-1.2Mbps on a 3G upload speed test. The Inspire is lucky to get 0.25 with the exact same signal strength. The Inspire also just seems to get worse data speeds in general, side by side with my N1, it consistently scores 10-20% lower on the download.

In my hands-on, you may recall my passing statement about loving the hand-feel of the Inspire 4G. I still do - it's an extremely solid phone to hold, and the metal casing gives you that hard-to-pin-down feeling that it's well-built and durable. However, it's not perfect (what phone is?). I'll say now that these imperfections on the Inspire 4G are minor and don't diminish my regard for this device's quality significantly, but there's a couple worth noting. 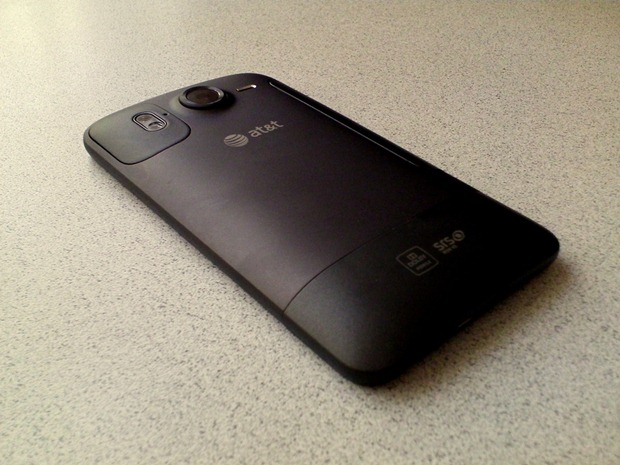 The battery and SD/SIM slot covers are made of rubberized plastic,  and the card slot cover bows up a little bit on the review unit I'm using, taking away from the fit and finish of the phone. The screen bezel is bordered by the phone's metal frame. If your fingers run up against the frame, it's a bit sharp and since the frame sits slightly above the bezel, this may be annoying to some. 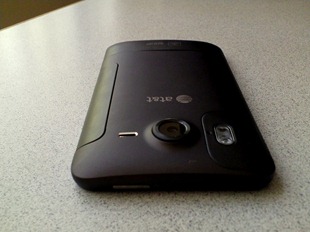 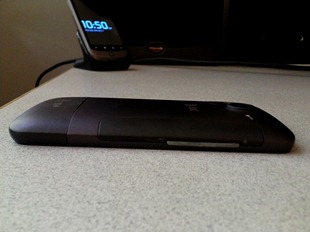 Those little design quirks aside, using the phone from the hardware standpoint has been great. The power button and volume rocker both have an easy action, aside from the fact that they might be hard to find in your pocket. The capacitive touch buttons work even better than those on my Nexus One, and I think for all but the most tactile among us, are just plain better than hardware buttons.

The Inspire 4G is a testament to the fact that HTC's build quality and materials choices are just getting better and better, and this phone may just be their best yet in that regard.

It's an SLCD. There isn't much to say about the Inspire's screen aside from the fact that the capacitive panel's grid markers are more visible than on the average phone. I'd show you a picture, but the amount of light required to get them to show up would make such a camera glare that you wouldn't be able to see them anyway. All capacitive touch panels have these markers, they're just of varying visibility. They're much harder to see on my Nexus One, for example. 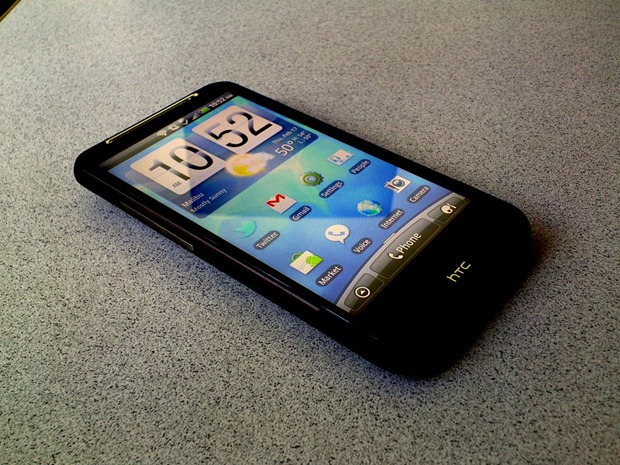 The Inspire's display gets nice and bright, and the viewing angle is only slightly narrower than that of an AMOLED. The 4.3" screen's resolution is standard WVGA, which honestly looks a little lacking in the DPI department when you compare it side by side with a WVGA device that has a smaller screen, but it's by no means subpar. 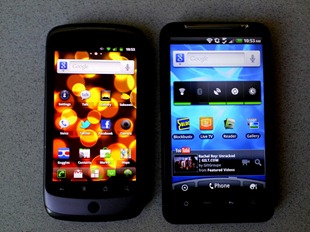 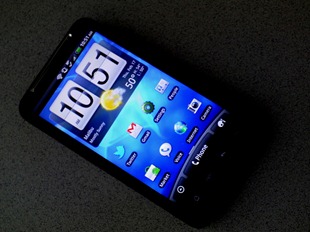 Battery life on the Inspire 4G is outstanding, and that's not an exaggeration. I easily get two full days (eg, have to charge it on night two) of moderate to heavy use out of it with battery to spare. And if you forget to charge up, HTC's battery saver tool ensures you get the most time possible out of your remaining juice. Why such great battery life in a big-screen device packing a tiny 1230mAh battery? It's the processor - the MSM 8255 is the big brother to the power-sipping chipset you'll find in the G2, which is notorious for its longevity.

HTC has tried to make the new Sense UI as smooth as possible, and they've succeeded - mostly. The homescreens bounce back and forth easily with a flick of your finger, and this is generally where you're most concerned with  the "smoothness" of Android. Oh, and as always, HTC's widgets are very pretty. That's the good stuff.

HTC's apps are another story. The first time I launched HTC Likes (its purpose is something I'm still sort of unclear on), it slowed the whole phone to a grinding halt. It wasn't until I force closed it from the app management menu that its reign of terror over my processor ended. Safe to say, I haven't opened it again.

FriendStream, Hub, Likes, Stocks, People, Reader - they all have noticeable problems in terms of responsiveness. Switching from pane to pane or scrolling inside these apps can be annoyingly slow - though not enough to make them unusable. HTC's widgets can be even worse offenders in this regard, with presses taking just long enough that you can notice the unnatural latency between your finger and the resulting action. There is an exception here: the browser, which appears to have hardware acceleration built-in. It's downright fast compared to the stock Android browser, and scrolling is an order of magnitude smoother.

On the carrier side, there's AT&T's set of bloatware, and while it's not removable, it's not intrusive either. AT&T has made at least one substantially annoying change that on the Inspire, though - they've disabled the ability to sideload apps. That means no free tethering, unless you root your device. AT&T's DataPro plan with tethering starts at $45 a month for 4GB, so take that for what you will.

Despite some issues, the software doesn't stop me from liking this phone - the imperfections don't interfere with your use of the device too much, generally speaking. Not that I would mind an upgrade to Gingerbread, something HTC will hopefully deliver in a reasonable time frame.

The examples can do the talking in terms of image quality, but I'll do a quick blurb on the software: it's good. Nothing crazy or revolutionary, but in my opinion the camera UI is superior to (and better looking than) what you get in stock Android. That may change with Honeybread (or whatever you want to call it), of course. 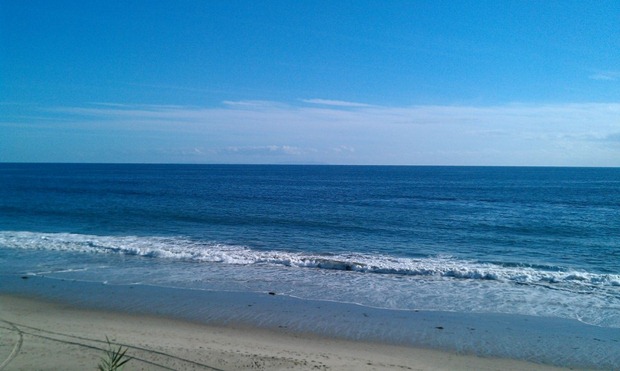 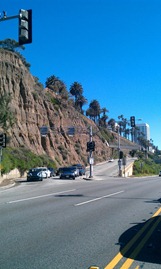 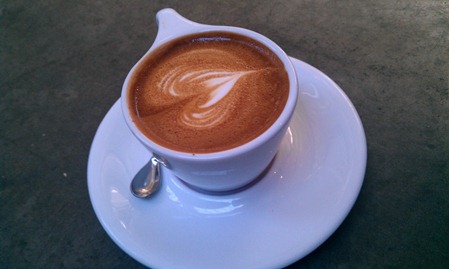 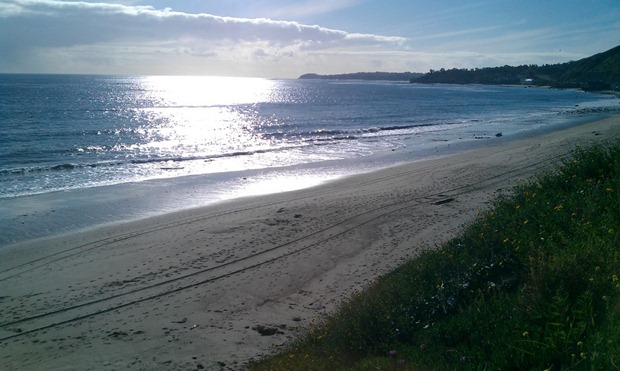 Not shabby, right? Here's a little 720p video recording action - keep in mind this is in direct sunlight, though. I suggest going to the YouTube page to actually view it in 720p, because it looks like garbage at the default YouTube resolution.

The Inspire 4G, again, has the potential to be great. What does it need to meet that potential? Working 4G and Gingerbread. This phone would have been a real competitor a few months ago, but even as a "cutting edge" 4G device, it's a Desire HD in an AT&T hoodie. Smartphones don't age like wine, and while the Desire HD is a truly wonderful hardware platform, AT&T and HTC need to keep up their ends of the bargain (network rollout and software updates, respectively) if they want this to be a competitive product.