Earlier today, Android Central caught word that the Epic and Zio would receive an over-the-air (OTA) update to Froyo on February 21, but had nothing more than copied and pasted text from the Sprint system. Fast forward a few hours, and we now have more concrete evidence in the form a screenshots from Sprint's internal system that confirm the update is coming: 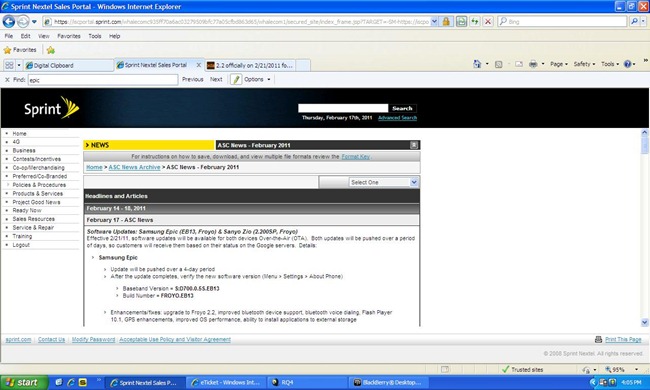 The image is courtesy of XDA member bentiger, and confirms his earlier statement that there was a Sprint internal announcement that the updates were rolling out:

I just saw an official release from Sprint Dealer News.

Software Updates: Samsung Epic (EB13, Froyo) & Sanyo Zio (2.200SP, Froyo)
Effective 2/21/11, software updates will be available for both devices Over-the-Air (OTA). Both updates will be pushed over a period of days, so customers will receive them based on their status on the Google servers. Details:

He goes on to provide an internal Sprint PDF document with details on the update, including install instructions and a timeframe: 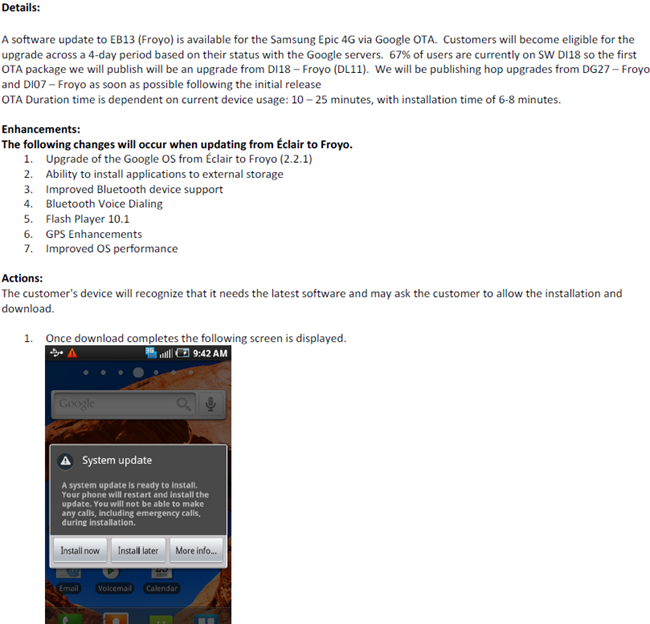 I'd say this is confirmed, wouldn't you?

[Source: XDA-Developers 1, 2. Thanks for the tip (again), Chris!]
subscribe