These are the specs of Dell Hancock, expected to be released in Q3 of this year:

The Millennium, pegged for release in Q4, is similar:

There are pictures of each device, but don't expect to learn anything about Ice Cream from them - they appear to be running the same Dell Stage UI as the Streak and Streak 7, which is based on Froyo. 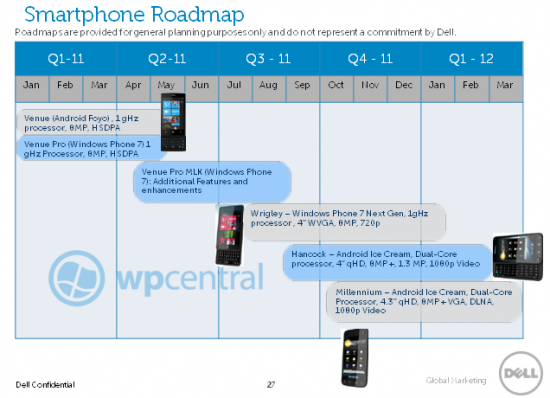 And now, onto the tablets. Their first Honeycomb tablet, and the only one pictured, is the Gallo, set for release in early Q2 with a "Handwriting" update scheduled for Q4. Unfortunately, there are no specs beyond approximate sizes for any of the tablets, so we can't tell how much they'll differentiate themselves from other manufacturer's Honeycomb tablets.

Following the release of the Gallo (the only 10" Android tablet shown), the Streak 7 will receive an update, only specified as "Android," which hopefully means Honeycomb. Q4 will see the release of another Honeycomb tablet, the 7" Sterling, followed in Q1 of next year by the release of the Opus One and Silver Oak, 5" and 7" respectively. These are all currently listed as running Honeycomb, but will presumably be updated once we hear more about future versions of Android. 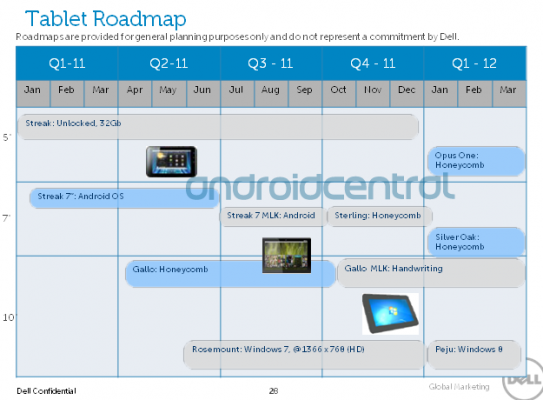