Right now at MWC, Eric Schmidt is showing off a brand-new, Google-developed Android app: Movie Studio. The app, as the name may suggest, is a video editor. It's designed specifically for Honeycomb tablets, and as a video editor, that sort of makes sense. It's pretty rough trying to edit video on a smaller screen, though not impossible (which is to say, I imagine an XDA port for phones will happen as soon as an APK gets leaked).

Movie Studio will contain most of the features you'd expect in a competitive (*cough* iMovie *cough*) video editing app: transitions, audio import, splicing, A/V timeline, and multi-format export and sharing options. I'm also willing to bet there'll be some serious YouTube share integration. These are just a small list of features, and I'm sure as Eric continues his demonstration we'll get a few more tidbits. For now, here's some images Droid-life kindly posted: 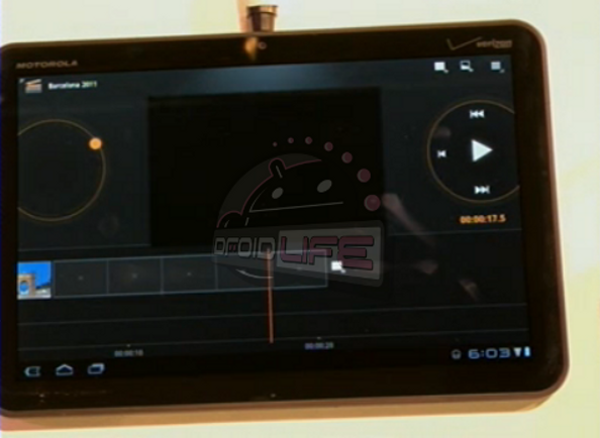 [Hands-On] Make Your Clock Widget: Because Everyone Should Have A Totally Customized Clock