This is part three in a series of editorials addressing our editors’ biggest gripes with Android. Part one, which focuses on fragmentation, can be found here; part two, which is centered around cohesiveness and uniformity, is located here.

Let's be honest here: Android's current multimedia situation is a mess. For one thing, the included music/video players are seriously lackluster; for another, there's no officially sanctioned way to buy songs or movies from an Android device. Though such features are probably in the pipelines, I believe these are issues Google needs to address now - after all, the iPhone has had these features since its incarnation.

Even after more than two years of being on the market, Android still has no official music store.

I’m very much aware of Amazon MP3, but frankly, that’s a subpar third-party application that most consumers view as more pre-installed bloatware. The truth of the matter is that if Google really wants to compete on the multimedia front, they’ll need to develop a really good first-party music store with lots and lots of music.

I have hope in this respect, as rumors of an official Google music store are older than dirt. Coupled with the cloud-to-device streaming service previewed at I/O 2010, Android could be packing a serious multimedia punch in the near future.

At least when it comes to music, that is...

This is where I’m starting to get seriously worried.

Google does have a small selection of movies available via the YouTube Store, but for some unfathomable reason, it isn’t accessible from Android phones (when you click on a title, you are told that “this video is not available in your country”).

And even if Google did allow Android phones to access the YouTube Store, the experience still wouldn’t be able to stand up to the likes of iTunes or even Amazon’s Video On Demand service. Why? For starters, the Store only offers a rental service, with no permanent purchase option in sight. Additionally, the process of actually finding movies to rent is a good deal more complicated than it should be - when you search for an item on youtube.com/store, regular, amateur YouTube videos are displayed alongside Hollywood productions. A third issue I have with the YouTube Store is the sheer lack of content available - want to watch a Warner Bros. movie? Out of luck! Or how about a TBS show? Look elsewhere!

Android's lack of a video store will be even more of an issue once Honeycomb tablets start launching - tablets are a media-centric platform (Motorola's own promo video for the XOOM noted that the tablet allows users to watch videos the "way the filmmaker intended"), after all.

Android needs a decent multimedia store, and soon - ripping DVDs and sideloading the files onto a so-called "entertainment device" just isn't something the average consumer wants to deal with.

The critics all agree: stock Android's multimedia applications still lag far behind those of the competition. 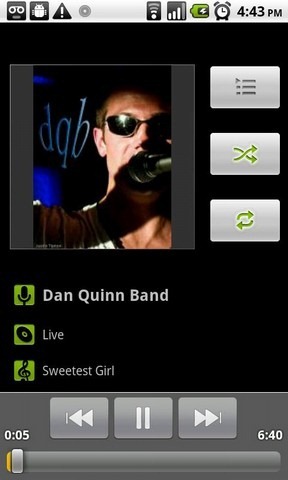 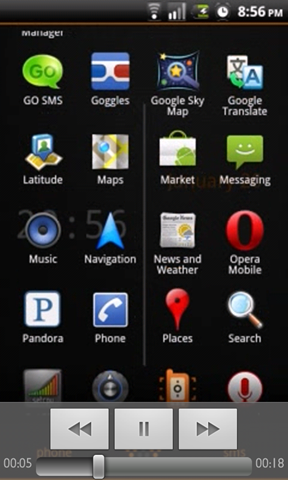 If you don't believe me, look no further than the stock music or video players - sure, many manufacturers try to conceal their horrid interfaces from end users by prettying it up with proprietary customizations, but that only leads to more issues.

The problems don't end with the user interface, however - Android's multimedia applications are lacking in the features department as well. Take scrubbing, headset controls, lockscreen widgets, or even something as simple as deleting a song - all missing from Android's stock music application. Sure, you and I know that third-party apps like Winamp exist to solve these issues, but does the average consumer know that? Does the average consumer want to know that? After all, most people are looking for something that just works, not something that requires them to hunt down alternative software the moment they take it out of the box.

The bottom line  here is that Google needs to improve stock Android's multimedia applications - this will help Android's public image, improve its ease of use, and perhaps even help solve the custom skin problem. Go for it, Google!