All in all, some respectable specs from the Galaxy S 2 and DHD2, some run-of-the-mill specs for the Desire 2 (nearly identical CPU as the EVO), and some downright embarrassing kit on the Wildfire 2 (it won't even be able to run Flash).

I'd be remiss if I also didn't point out that the specs match up to Engadget's leaked slide we doubted way back in November. 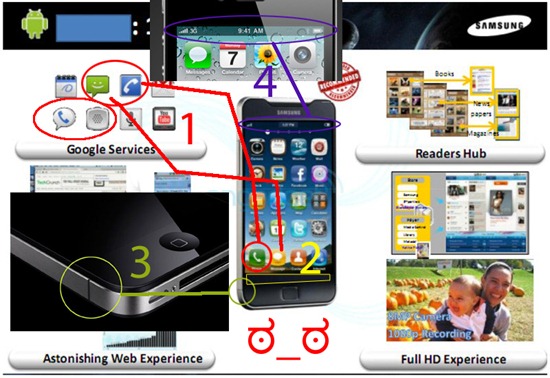 Boy, could this ever be embarassing. Whatever... bitch, I'm a bus [NSFW language].

Keep in mind that this type of leaks generally has good accuracy, but it's still been off plenty of times before. For that reason, I slapped a "[Rumor]" tag on here - we all know how much the Android community loves to run with inconcrete details as fact. 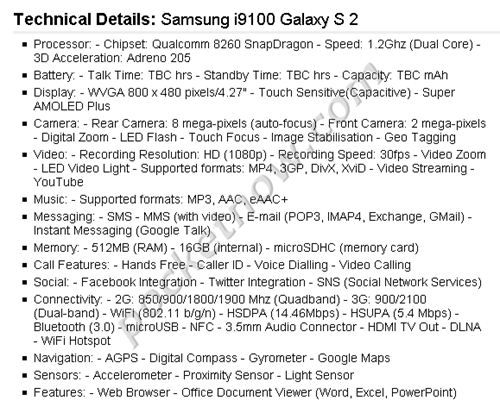 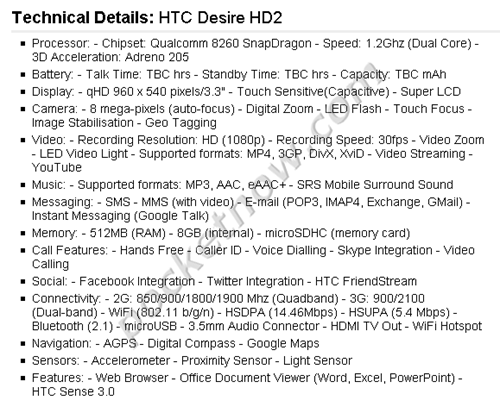 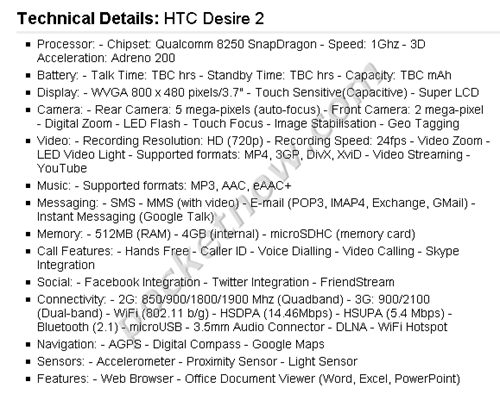 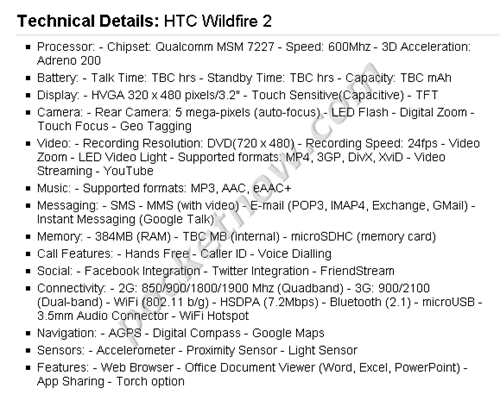 LG Features Optimus 3D In One Of The Cheesiest Commercials We've Ever Seen, Complete With Hot ...