Yesterday, we saw INQ's Cloud Touch Android handset with deep Facebook integration revealed in all its socially introjected glory in an exclusive TechCrunch demo. Coming to Europe in May of this year and possibly to the U.S. after, the Cloud Touch will be taking aim at text-crazy teenagers and insomniac Facebook users who spend the better halves of their days prowling the depths of the largest social network in the world.

Erick Schonfeld, the reporter who conducted the interview, touched on the music app (which was replaced by Spotify), Facebook, more Facebook, and some more Facebook, but failed to mention the story behind the keyboard in this upcoming social hub of a phone.

Considering the Cloud Touch is heavily typing oriented, I think it's pretty important to mention the technology used in the keyboard created specifically for this device by INQ. In fact, if you have ever tried SwiftKey, you should already be familiar with the Fluency engine, which powers SwiftKey's predictions. 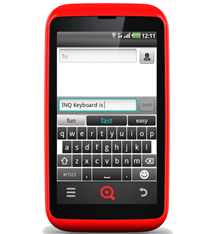 TouchType, the company behind SwiftKey and Fluency, hasn't been sitting idle. While teasing us with all kinds of tablet versions of its primary product, they've also been secretly making deals and pushing the core technology to various companies. Looks like their efforts paid off.

In a statement to Android Police, TouchType said:

We are very excited to have partnered with INQ to bring this about, as it means more and more people will be getting access to the technology we've spent such a long time working on!

It also means the Cloud Touch is probably the best social messaging phone hitting the market this year.

Our further questions seeking more details on the keyboard itself were later clarified:

- This is INQ's own keyboard, that we developed in partnership with them; we did most of the engineering, but it's not SwiftKey, or a stock, it's "INQ Keyboard". It functions differently to SwiftKey, and is the phone's stock.

- They licensed the prediction engine from us, as well as our consultancy in building the keyboard.

Considering the fact that you can type out whole sentences by just clicking on predictions, I am quite sure all the Facebook junkies will find the Cloud Touch a bit automagical. Just don't be surprised when your fingers suddenly stop burning up and falling off from all the typing you no longer have to do.

If you'd like to give SwiftKey a go to see what all the fuss is about, hit up this QR code or scan it with your favorite barcode scanner: 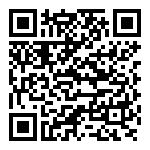 Congratulations, TouchType! (Now can we get some arrow keys on the regular keyboard?)

Urbanspoon For Android Gets Yelped Out: UI Update, Nearby Restaurant Search, And Dinner Reservations