One of the (numerous) problems with the Android Market has been its billing system - up to now, buyers were charged in the seller's currency. While most credit card companies were smart enough to convert the bill to the buyer's coinage, others flat out cancelled the payment. No longer - Google just announced Buyer's Currency, which gives developers the ability to set their apps' prices in each of the currencies available in the Market. 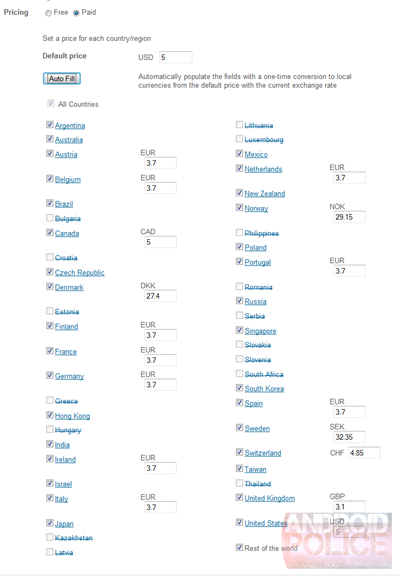 In other words, you can have your app sell for $5 in the US and £3.70 in the UK; previously, if the buyer was in the US and the app's price was in euros, the buyer would be charged in euros, and converting the fee to dollars was left up to credit card companies.

Buyer's Currency is now available to US merchants, and Google encourages all devs to set the prices asap - if you don't do so by February 23th, they will automatically convert your price. The key difference between this automatic conversion and what was happening before Buyer's Currency is that the Market will now convert the price before charging your credit card (as opposed to vice versa, which was the old model).

I think Buyer's Currency could be a great step forward for the Market - what say you, developers?