Vodafone has officially announced they will be launching a black and white Nexus S on contract in 24 countries worldwide. Vodafone, which was one of Google's first carrier partners for the Nexus One, has listed the device as "coming soon" on their website. This should bump Nexus S sales a bit in the UK as up until now, the Google-branded handset was only available in the UK unlocked. 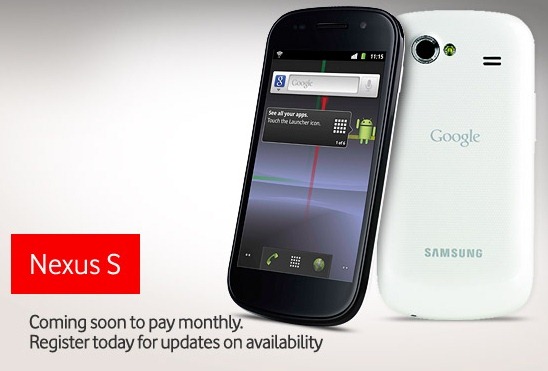 At this point, we do not have any details on a price or probable launch date, but look for this device soon. For those interested, hit the source link for more details.

Hooray for Vodafone and "pure Google!"

[Poll] HP's New TouchPad Is Hot, But Is It Enough To Lead You Astray?