HP's recently announced TouchPad is a genuinely exciting device - there's no question about that. In fact, with such features as a dual-core Qualcomm CPU and the fancy new "Tap to Share" technology, it might just be the most serious competition Honeycomb tablets will face in the first half of 2011, aside from a certain Apple product.

But is it enough to cause you, dear Android Police reader, to second-guess the XOOM or G-Slate? I know it isn't enough for me - and here's why. 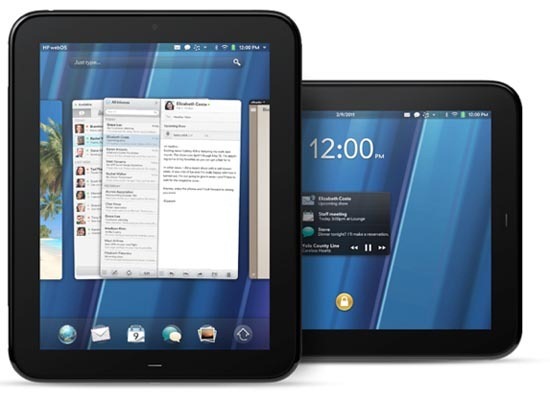 Just look at the TouchPad - its design makes it clear that what HP has created is essentially the iPad's twin sister. 9.7-inch display? Check. Resolution? 1024x768, just like the Apple tablet. Unnecessarily large bezel? Also included. Heck, even the TouchPad's name is reminiscent of the iPad!

Clone issues aside, the TouchPad's hardware is actually pretty decent - it sports a 1.3MP front-facing camera, a 1.2 GHz Snapdragon APQ8060 dual-core processor, 1 GB of RAM, 16/32 GB of storage, and a 6300 mAh battery. Pretty amazing stuff... until you realize that the XOOM matches or exceeds every single one of those specifications. And that leads into my next point: the XOOM is just the beginning for Honeycomb tablets.

When the TouchPad launches this summer as HP's sole webOS tablet, Honeycomb will already power at least two (but probably many more) slates. The one-size-fits-all model may work well for Apple, but let's face it: Hewlett Packard simply doesn't have the same reputation. Besides, even if quantity isn't an issue, quality likely will be - if the XOOM is what manufacturers are able to create using currently available technology, just imagine what they'll be able to dream up by the time summer rolls around!

So that's one area where the TouchPad will be crippled at release. But here's another, perhaps more important issue: software. Google went back to the drawing board with Honeycomb, and what it came back with was nothing short of mind-blowing. HP... well, from the looks of it, they've mostly just scaled up the existing version of webOS. Sure, they've made a few tweaks here and there (i.e. the redesigned email app, the revamped notifications system, the aforementioned "Touch to Share" feature, and the new keyboard), but the deck of cards-based homescreen, the app launcher, and the overall look and feel of the OS... they're all the same.

There's also the matter of third-party apps. I hate to say it, but it would be hard to overlook webOS' history with apps - namely, developers have tended to shy away from the operating system. Meanwhile, Google has already showcased several tablet-specific apps, and their track record is decidedly more impressive than that of HP/Palm.

Of course, I could be wrong here - after all, webOS has a great user interface, even if HP hasn't done a ton of work to make it more tablet-friendly. But I think I'm pretty confident that that won't be the case - the XOOM and other Honeycomb tablets will absolutely run circles around the TouchPad when it launches.

Agree? Disagree? Let us know what you think via the poll and the comments below.