One game I absolutely loved on iOS was Jet Car Stunts. In my eyes, the game was both addicting and a pleasure to look at graphically. It was because of this that I became extremely excited a few months ago when I heard that Jet Car Stunts was going to launch on Android.

Having now played Jet Car Stunts for quite some time, I jumped at the chance to interview True Axis' Luke Ryan, the man who worked on bringing the game to Android. In our time together, I got a chance to ask him about True Axis' plans for Android and how he liked developing for the OS so far. Follow along below for the full interview. I would like to note that this interview was conducted before the February 2nd Honeycomb Event.

Android Police:  Why did True Axis decide to expand and develop for Android?

Luke Ryan: We had been thinking about platforms other than iOS for a long time and Android was definitely the most interesting, but it wasn't until OpenFeint moved over to Android that we got excited about it. Jet Car Stunts is an ideal game for online leader boards and achievements and we didn't want to do a port with out that. OpenFeint was key.

Android Police: What is the process you go through when developing? How did you develop this app? Was it a straight port?

Luke Ryan: The porting of Jet Car Stunts was mostly done by our friends at End Game Studios. It was a straight port, but was a much bigger effort than expected.

Luke Ryan: We're lucky to have a really strong fan base of the game on iOS and it is spreading to Android now too. People who love Jet Car Stunts seem to really love it. From a critical reception point of view, the game has been incredibly successful, but so far sales have been slow on Android. The development cost more than we expected and the sales are at the low end of our estimates, but it still has the potential to do well in the long run. I hope it does.

Android Police: After hearing that, I have to ask if you have any other plans to release other iOS games True Axis developed on the Android Market?

Luke Ryan: Given our experience with Jet Car Stunts on Android so far, we are more hesitant about going into Android again. We don't want to disappoint fans who are keen on our games but I'm not sure we want to try Android again unless we have a better strategy for being profitable. On the other hand, we could probably port much more efficiently next time having already done it once.

Android Police: What is your favorite and least favorite thing about the Android Market? Is it more or less work than Apple's App Store?

Like Ryan: My most favorite thing is that it's really nice to be able to release updates immediately for quick fixes.

My least favorite thing is a long list of bugs and issues. We get heaps of support emails because of a lot of generic Android bugs that have nothing to do with JCS. Lots of people can't find the game on the market and we don't know why, although there is a work around on our support page. The way the Android Market handles international transactions is a problem for us being an Australian company. We get transaction authorization problems constantly. It is really frustrating that so many people cant find or can't buy the game. Frustrating for them as well as us.

Android Police: Do you like developing for iPhone or Android better (and why)?

Luke Ryan: I definitely prefer iPhone development. Sorry, I know you may not want to hear that. It has better dev tools, better documentation, easy debugging, and less fragmentation. However, I try to do all my development on PC, then port to devices. I've even done development on WM6.5 because it better suited me and gave quicker debugging turnaround times.

Android Police: What phone do you use right now?

Android Police: What is your favorite Android application?

Luke Ryan: Jet Car Stunts ;). I'm ashamed to say that I haven't found the time to play any others. I really should. I think that any time I try out a popular iPhone game, it is always less than what I am expecting from all the hype.

Android Police: Have you faced any issues while developing on Android? What do you think of the tools Google provides to develop? What do they need to improve on? Is the SDK too raw?

Luke Ryan: Having a debugger we could get working would make a huge difference to productivity, but other than that, I am mostly just happy they made the NDK. I've done Java development on mobile devices before, and it is really horrible to work with when you need things to run as fast as possible. Having said that, better documentation be nice and some things seem a lot more complicated than necessary.

Android Police: How did you deal with "fragmentation" on Android? Is it an issue?

Luke Ryan: The developers of OpenFeint really helped us out there. Without them I don't know if we would have bothered porting to Android. Fortunately we designed JCS to run fast on slower hardware, so it should run smoothly on most Android handsets, although higher resolutions can cause filtrate issues. However, it is definitely a problem where different devices have different bugs and there is no way we could possibly afford to buy and test on them all. Our basic choice is to either release a game that has problems on some devices, or don't release.

Android Police: What do you think of the tools Google provide game developers with in Android 2.3?

Luke Ryan: I haven't looked at this yet but it is encouraging to hear that they want to focus on games more. There were a few issues in 2.1 that I hope have been addressed.

Android Police: We have been hearing a lot about game development and Android from Rovio Mobile. They have said that Android is different and people don't buy apps as much. Because of this they have given their game away for free and it's simply ad-supported. This has been extremely successful for them. Do you think Android is different regarding game sales? Do you plan on pursuing an ad only supported version of Jet Car Stunts at some point?

Luke Ryan: We don't plan an ad only version, however it might be something we will look into more in the future. My theory on why the iOS App Store succeeded so well where everybody else failed was because it is built on iTunes, which was already very successful digital distribution space. I'm really hoping that Google will keep improving the Android Market until it catches up. If you can only make money from in game adds, I think it would encourage the development of games designed around making the most money from ads, which might be a sad limitation.

Android Police: What is True Axis' goal (and yours) with Jet Car Stunts?

Luke Ryan: The original goal was to make a game that we knew a lot of people really wanted, to have fun making it, and to sell enough to be able to make the next game. We've already succeeded in that. After doing some ports, now we want to try and focus more on JCS2 as well as other things.

All of us here at Android Police would like to thank Luke Ryan for taking the time out of his busy schedule to chat with us. If you haven’t checked out Jet Car Stunts for Android, you definitely should. The game comes in both lite and full flavors and is definitely worth a buy! Try it out for yourself using the QR codes below. 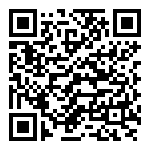 Motorola Clarifies Update Situation For CLIQ XT, i1, Flipout, And Charm: There Won't Be One