Whether you liked the idea or not, INQ's Facebook-based phone, called the Cloud Touch, is alive and kicking - and has now been officially previewed in a video on TechCrunch. Running a custom skin, it has a number of different tweaks that integrate Facebook into the core experience, including:

It also has the unrelated addition of Spotify as the main music app. The phone will be launching this May in European markets, so users will have actual access to Spotify's services, but because Spotify is not available in the US the app will only serve as a local media player.

While these additions are nice, they don't add many useful features that the default Facebook app isn't able to replicate, And it's hard to get excited about this phone when we still don't have any word on the specs. Still, if carriers are able to market the "Facebook phone" well enough it may just be the budget Android phone to beat. 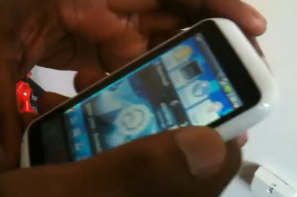