Welcome to the first of a new series of polls, where every weekend, we'll ask your opinion on a timely Android-related topic. The goal is to see where the populus stands on issues and foster discussion to broaden our view. So without further ado, let's get into our first poll.

Ever since the SDK was released, there's been discussion on whether Honeycomb would make it to phones or not. Most of the team here firmly said no - but a few of us thought it could. The debate was fueled by the SDK preview release - specifically, as Ars Technica noted, the emulator could scale down to WVGA resolutions. Why make the effort to support phone resolutions if you weren't planning on going there? 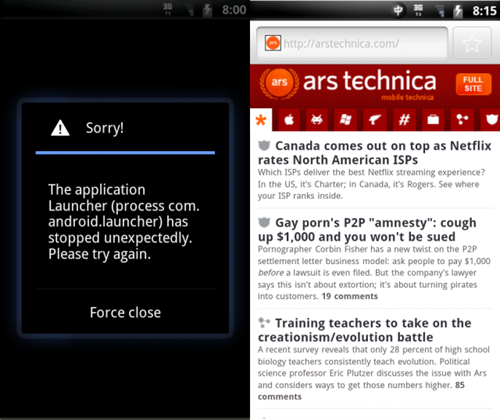 Thankfully, we gained some clarity a few days ago, when a Google company spokesman told PC Magazine that Honeycomb itself wouldn't make it to phones, though some of the improvements would. Phandroid also managed to snag an insider tip that said Gingerbread would be followed by Ice Cream Sandwich (rather than Honeycomb). 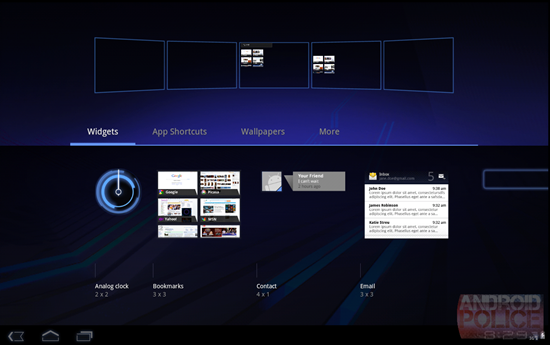 Personally, it's hard for me to decide if the split is going to be an issue for Android or not. On the one hand, having half as many people working on each platform is obviously going to slow progress. On the other hand, Android has finally reached a point where it's pretty damn solid - all the fundamentals are more or less good to go, as are many of the finer points of the OS. From this point on, updates should be evolutionary, rather than revolutionary - a process that requires substantially less manpower.

It's also worth looking at how such a divide has worked for others - namely, Apple. In this case, while both the iPad and iPhone/iPod Touch are based on iOS, there are some major differences between the two. Thus far, it's a system that seems to work well for the company - but by comparison, it's arguable that being split between too many variations played a part in Nokia's downfall.

What Do You Think?

I suppose if I had to make a choice, I'd say there's nothing to worry about. The pace of Android development has slowed, and we've already been dealing with the internal split in manpower - obviously, they've been developing Honeycomb for quite some time.

Now it's your turn - what do you think? Is the tablet/phone split in Android going to be an issue? We'd love for you to sound off via the poll, but even more, we'd love to hear why, via the comments below.

Notion Ink Adam Tablet Gets A Software Update (No, It's Not Honeycomb)