A Facebook page of a Best Buy outlet does not seem like the most appropriate place to disseminate information on release dates; however, we have also received independent confirmation from a reliable source indicating that the HTC Thunderbolt will go on sale online on or around the date mentioned in the Facebook message.

A recently leaked advertisement on Android Central also informs us that the HTC Thunderbolt will be available for pre-orders with a $50 deposit. 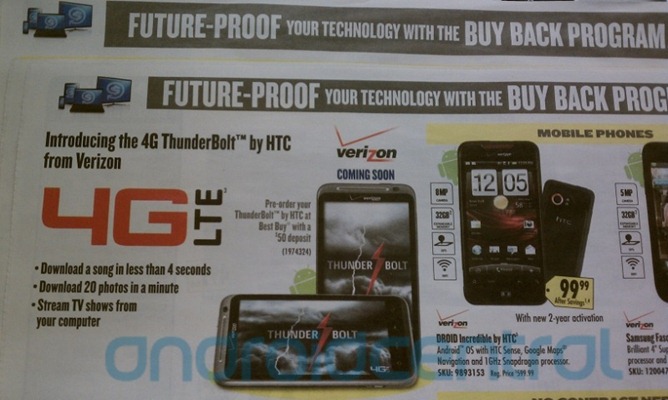 It's important to keep in mind that since the release dates indicated on the Facebook status update are quite near, they may be actually be the dates from which the devices can be pre-ordered rather than the actual date of release.

Nearly 90% Of Android Devices At Version 2.1 Or Above Mysterious HTC Desire 2 Pops Up in Vodafone Inventory System, Is It The Pyramid?