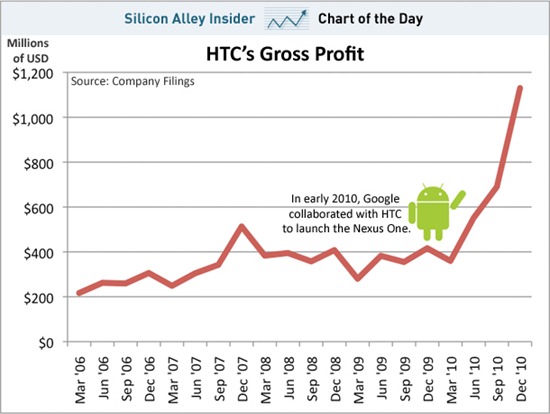 It's hard to say what caused the massive increase - whether because building the flagship device provided the company with valuable experience, because it coincided with Android hitting its stride, or because of the attention the company received for being chosen by Google. Whatever the case, it clearly worked.