Earlier yesterday, Google demoed some of Honeycomb's most impressive features, however one of its best features seems to have slipped under the radar. While playing around with the Motorola XOOM, Engadget noticed an "Encrypt Tablet" option in the settings page. 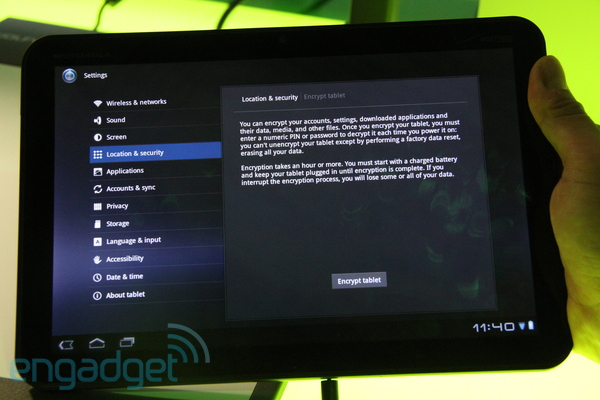 At this time little is known about the encryption standard that will be used or whether the encryption process will affect the tablet's other features in any way. All that is known is that your accounts, settings, downloaded applications, media, and other files will be encrypted, and you will require a numeric PIN or password to decrypt the data. Additionally, it will take an hour (or more) to encrypt all your data. 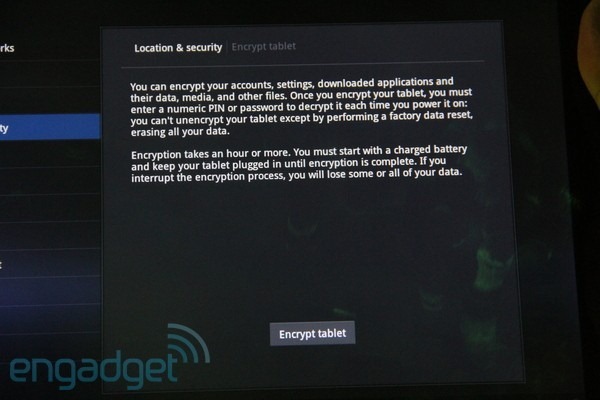 According to a Google executive questioned by Engadget, the encryption option will not be limited to the XOOM, but should be available on all Honeycomb devices.

Speed improvements, slick UI transitions and fancy apps are all great, but for the security conscious business user, data encryption of a portable device is probably the most important feature. So, it is likely that Honeycomb's encryption options will help entice corporate customers. Oh, and spies, definitely spies.