Let's face it: Dell's new Streak 7 isn't exactly the hottest member of the CES Android tablet litter. In fact, the seven-inch tablet's mediocre screen and disappointing performance became painfully visible, even in the short period of time we spent with it at CES.

Well now the early reviews are in - and frankly, they don't give Dell's latest entry into the world of Android much hope, despite its low price tag ($199 on contract) and dual-core Tegra 2 processor. Read on for some of the best Streak 7 reviews yet - as well as some of the best reasons why this isn't the Android tablet you've been waiting for. 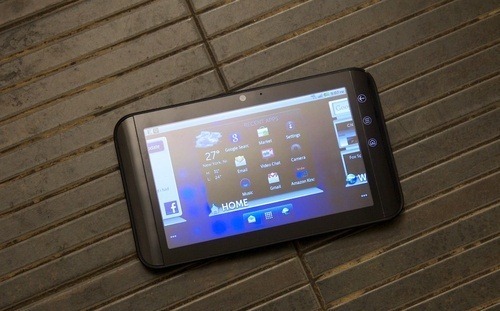 Gizmodo's Matt Buchanan wasted no time beating around the bush - his title ("The Dell Streak 7, Or: 10 Ways to Not Make an Android Tablet") immediately made his thoughts about the device obvious. He then proceeded to list some of the reasons why he thought of it so lowly - for example, he called its screen "middling, low-res... with crummy viewing angles." And its software? "Out-of date" and "designed for a phone." Surely its performance saved it (given the fact that it has a Tegra 2 processor), right? Wrong - though the tablet has "the heart of a cheetah," it "occasionally respond[s] so slowly that a crippled turtle drowning in a meteor-sized ball of laffy taffy would move with greater speed."

Ouch. Be sure to read the full Gizmodo review before forking over any cash for the Streak 7.

If you absolutely must pick up a 7-inch Android tablet immediately, the Samsung Galaxy Tab is better at this very moment. The pickle is that the Streak has better guts and will one day be updated to Android 3.0, which will likely obliterate the software problems, while we've heard that the Galaxy Tab may not ever be updated to 3.0. (That said, Honeycomb won't do anything to fix the Streak 7's mediocre screen, which is totally inferior to the Tab, and we hate the idea of purchasing anything predicated on the hopes or promises of a software update, which is only slightly less risky than purchasing a lottery ticket.)

It's $200 with a two-year contract on T-Mobile, after a $50 rebate. Or you can buy it off-contract for $450. Given the flood of Android tablets that are in the pipe though, I'd very much just wait. Either for another Android tablet, or for this one to get 3.0.

Joanna Stern, Engadget's tablet queen, was slightly more subtle in expressing her dislike for the Streak 7, but she expressed it nonetheless. While she liked the tablet's design (she thought it looked like a giant version of the original Streak) and fast HSPA+ speeds, the love ended there. Apparently, a WVGA (800x480) resolution isn't sufficient for a seven-inch display, and neither is three and a half hours of battery life (that's about half the Galaxy Tab's battery life and roughly a third of the iPad's). Additionally, Joanna was disappointed to find that none of the Streak 7's apps were designed for the larger screen - in fact, even the homescreen launcher is the same as that of the original 5-inch Streak and the 4.1-inch Venue.

That said, she didn't notice any of the performance issues Gizmodo encountered, though she did find that the CPU was downclocked to 800MHz.

The conclusion? Not as negative as Gizmodo's, but still a far cry from a glowing recommendation:

Ironically, despite the Dell Streak 7's improved specs, it finds itself in no better place than the original Streak: it runs the same software, and while it has a larger screen, the resolution doesn't make it anymore useful. And hey, it can't even make phone calls! Yes, sadly, at the close of yet another Dell tablet review, we're left wishing the company put a little more love into what could have been a pretty great product. We're actually not even sure why the guys in Austin decided to bring the Streak 7 to market in its current form. There's no doubt that at $199.99 on contract / $450 off contract the tablet is one of the more decently priced Android slates out there, and its HSPA+ speeds make it incredibly fast, but when you combine its low-resolution screen, poor battery life, and soon-to-be outdated OS, we simply can't recommend it, even if it doesn't break the bank.
For those, that need to have a 7-inch Android tablet right now, we'd suggest the $500 Galaxy Tab -- the screen is noticeably better and it lasts twice as long on a charge. (Keep in mind, we're not positive that the Tab will be upgradable to Honeycomb, so you're taking a risk there). There's also the $250 Nook Color, which is really aimed at reading and light browsing, but can be rooted every which way if that's your thing. However, with the Motorola Xoom, LG G-Slate, Toshiba Tablet, and a handful of other slates on the horizon, what we'd really recommend, is hanging tight and waiting for the Honeycomb tablet era to begin.

"Review: T-Mobile Dell Streak 7 disappoints even at $199.99." Yep, it's another negative Streak 7 review (starting to notice a trend here?). ZDNet's Matthew Miller called the device's display its "one fatal flaw," and found its battery life to be "limited," making it a tablet he "would never buy."

It wasn't all bad, however - in his experience, the performance was "quite good," and the size was also very nice. However, that wasn't enough to make the new Streak a winner in Matthew's mind:

The Dell Streak 7 has one fatal flaw and that is the resolution of the display. The thing is, the display quality is vital to the usage of a tablet and I personally would never buy one because of the display resolution. Another issue I have with it is the apparent limited battery life and again I want a tablet where I do not have to think about battery life for at least a full, busy day of usage.

The performance was very good and I do look forward to more Android tablets in the future running the Tegra 2 processor with HSPA+ support. Dell does need to fix the 4G wireless status though to reflect the actual connection speed of the device.

As I was checking it out and before I knew the pricing I said to myself that the only way this tablet makes any sense for T-Mobile is if it comes in cheaper than every other model and it does, by $50. However, even at this $199.99 price after rebate I still would not even consider the Dell Streak 7. And there is no way in the world you should pay $450 for this device, especially with a likely iPad 2 coming out in the $500 range in a WiFi ony model. I suppose if you want you can buy the Dell Streak 7 and use it as an HSPA+ MiFi device too since $40/month for unlimited data is still a cheaper deal than the MiFi on every other wireless carrier. 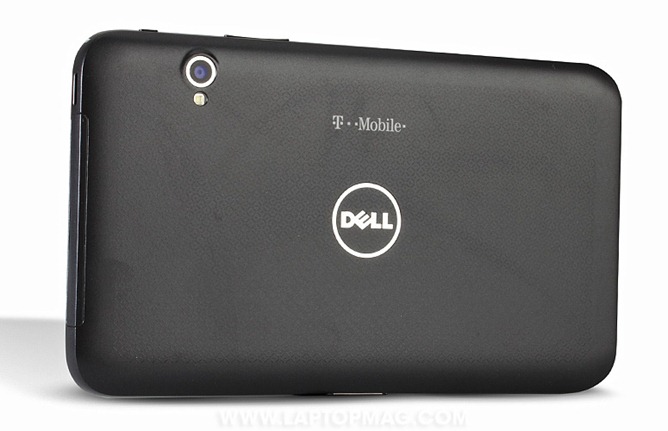 Avram Piltch from Laptop Magazine essentially came to the same conclusion as the reviewers from Gizmodo, Engadget, and ZDNet - the Streak 7 just isn't worth it.

Avram praised the Streak's snappy performance and free WiFi hotspot feature, but ultimately decided that the low-resolution screen, crappy cameras, and poor battery life made for a seriously disappointing product. But don't take my word for it; here's his full verdict:

Despite its speedy processor and competitive pricing, the Streak 7 is one Android tablet we simply can't recommend. Because of its unacceptably short battery life, this slate is far less portable than even the weakest smart phone and has less than half the endurance of its chief rival. Currently, the Samsung Galaxy Tab offers the most important features that the Streak lacks: all-day battery life, a 1024 x 600 display that makes the most of its 7-inch size, and compelling custom apps with dual-pane views. While an upgrade to Android 3.0 could help the Streak 7, it probably won't last long enough on a charge for you to enjoy it. We say get the Galaxy Tab (or its successor) or wait for the LG G-Slate or Motorola Xoom.

Sorry, Dell - it looks like the Streak 7 is a product that should never have left the internal testing stage (at least not in its current form). I hate to break it to you (and I'm sure the reviewers mentioned above share my feelings), but slapping some components together without giving the user experience a second thought is simply not a good way to build gadgets, and I doubt it'll win you over many customers. Maybe try harder next time.

Dell Streak 7 Available Now - Are You Getting One?