Whether you believe the rumors about Samsung's Android upgrade plans or not doesn't really matter - the company has proven again and again that when it comes to older devices (read: released more than 3-4 months), your chances of an update drop dramatically. Froyo has been around for over 6 months now, but 3 out of 4 flagship Galaxy S devices in the U.S. (Captivate, Fascinate, Epic 4G) are still sporting outdated and Flashless Eclair builds, while the rest were only just upgraded in the last month or so. And this is just Froyo - let's not even talk about Gingerbread.

If before today there was at least some hope of Samsung concentrating on the millions of devices it has sold over the last months, now I'd say we can forget about it. The latest punch in the gut comes in the form of a pre-MWC (Mobile World Congress) teaser of the next generation Galaxy S (Galaxy S 2?). Considering MWC starts in 2 weeks and Samsung is most definitely going to start pushing the new flagship hard, in my opinion, it's quite likely that the original Galaxy S is going to be de-prioritized, moved to the background, backburnered - you name it. With the rumored dual-core Orion CPU, 1080P HD video recording, NFC, and all kinds of other sexiness, I don't expect Samsung to get particularly excited about the good ol' gramps Galaxy S anymore. And who can blame them, after all why should they care about millions of consumers who are feeling outdated and betrayed?.. Oh wait...

But enough with the sadness - let's see what Samsung's got in store for us at an MWC event they are calling Samsung Mobile Unpacked. It's not much really, as the video the company released is only a teaser - one with a hilarious blooper nonetheless (see the reflection there in the last slide?). You see, the next Galaxy S is coming (stop the presses!), and it's looking mighty thin. Dual-core? Perhaps. More powerful than anything Samsung has ever offered? You bet. Plasticky, vibrating feel? I hope not, for their sake. They're not leaving us much to go on here - it's a teaser after all. 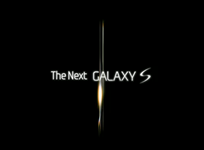 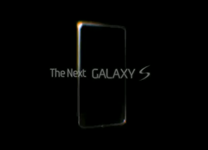 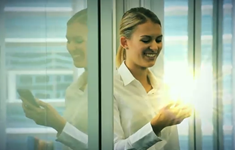 According to the new Unpacked site where the video is featured, the whole event, happening on February 13th, 2011, will be live-streamed online. We'll still wait for it, anxiously - just not as anxiously as we would have, had we known your heart was still in the game, Samsung. Wake up and think of your customers!

P.S. For some reason, Samsung released 2 videos, named Teaser and Teaser II, which look exactly the same if you ask me. As Aaron would say, "lolwut?"