Update:LG has confirmed via its MWC Twitter account that the Optimus 3D will indeed be shown at the Mobile World Congress. They also confirmed the glasses-free 3D display, 3D video capability, and HDMI.

LG's "Into the New Dimension" event is scheduled for February 14, but Phandroid has gotten a hold of an image that is purported to be the LG Optimus 3D. Although a 3D display can't be confirmed by the picture, we can determine that this device is not the LG Optimus 2X or LG Optimus Black. Considering this phone is set to be revealed in two weeks, this certainly seems like a trustworthy tip, and the specs, while awesome, are still believable:

Even if you aren't the biggest fan of 3D, the Optimus 3D is still an impressive device. Now we just have to wait until February 14 to get all the official details. 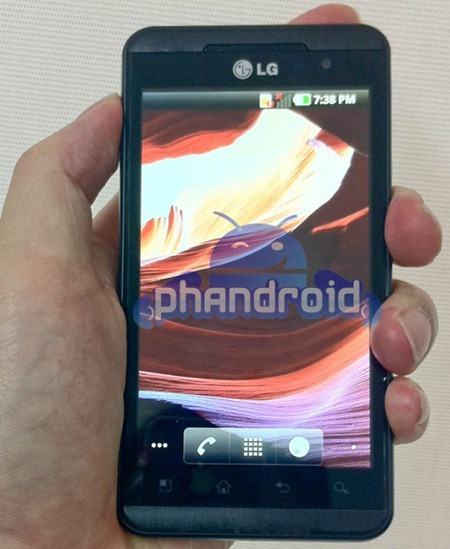