TmoNews posted an image last night confirming that tomorrow, the price of the Galaxy Tab with a new T-Mobile 2-year contract will be cut to just $250 after mail-in rebate - $50 less than the current mark. Price cuts for the Galaxy Tab have been popping up all over it seems, and after Verizon announced that it'll be getting a new-and-improved 4G Galaxy Tab with a faster 1.2GHz processor, it makes sense. Unfortunately, the Tab will still cost you 500 big ones off-contract at T-Mo. 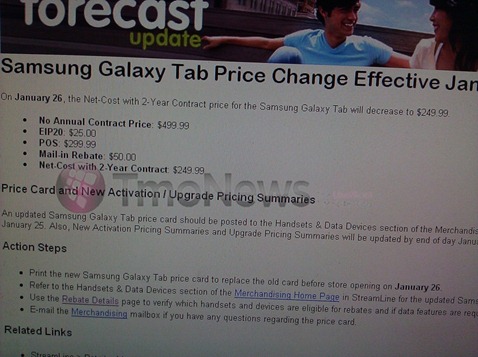 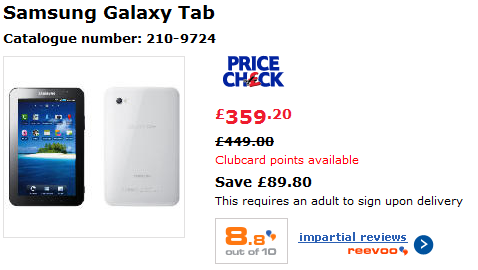 A number of Android tablets were demoed during CES 2011, and they will be released soon. It is likely that Tesco and T-Mobile are attempting to clear their stock before the arrival of all the new tablets. Either way, this is a great time to pick up a Galaxy Tab - unless your heart is set on one of those Honeycomb tablets, of course.