HTC EVO Shift 4G is not even a month old, but this $150 (on-contract MSRP) mini-EVO slider was already discounted by Amazon Wireless to $119.99 at launch and today dropped another $30 to $89.99. Since Amazon doesn't charge tax in most states and offers free 2-day shipping, I think it's a pretty safe bet to say that you will not find a better deal anywhere else on the web. Unfortunately, only new accounts willing to sign a 2-year contract qualify for the promotion - those upgrading will need to shell out the full $150. 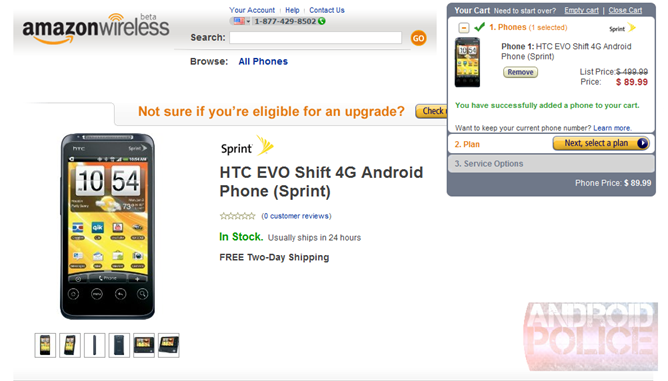 Updated: Oracle vs. Google: It's Not Looking Good For Android