I have a soft spot for well done demoes, even if they exist only in concept form, and today's design by Kristian Ulrich Larsen fits right into this category (did you really expect anything else from a designer with such an awesome name?).

If you liked Mozilla's Seabird concept, you're going to love the Flip Phone, which features 3 flexible, curved AMOLED screens connected by "soft steel mesh hinges," which allow this device to morph into multiple configurations, each offering something different to its user. It has a keyboard (and a pretty sexy one at that) and a camera. Who needs a dedicated kickstand when it can stand on its own? Got 2 people? Why not have them watch 2 different movies simultaneously or play a game against each other all on the same device?

Sure, this design may not seem practical just yet, mostly due to enormous battery strain that 3 screens would put on a single battery, but with time, battery technology could catch up and adequately power something like this. In the meantime, if the battery dies, you can just use it as a vase, OK? 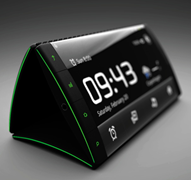 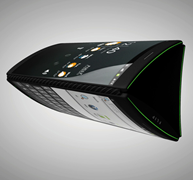 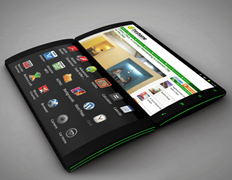 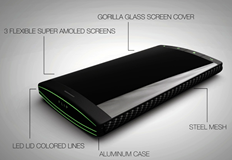 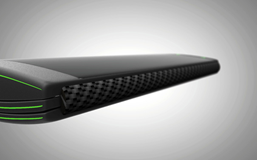