Android Central has managed to get their hands on an internal AT&T database entry for the upcoming Motorola Atrix 4G - and it looks to be coming sooner rather than later. The image, shown below, indicates a possible launch date of March 1, which is quite a lot sooner than I think many people were expecting.

This is good news for AT&T customers (like myself), as the nation's number two carrier has until recent announcements at CES been the least Android-friendly provider in the US in terms of handset selection. The Atrix 4G is undoubtedly one of the most ambitious smartphones to date, combining dual core Tegra performance with its truly awesome laptop docking station. I can say, at this point, I'll be the first in line for one.

But, don't count your chickens yet - release dates, like many things in life, are subject to change. Unfortunately, this warehouse info sheet for the Atrix 4G leaves pricing at a big question mark - and more importantly, doesn't give us any more information on the availability or price of the laptop dock accessory. We'll be keeping an eye out for any additional confirmation of the March 1st release in the coming weeks. 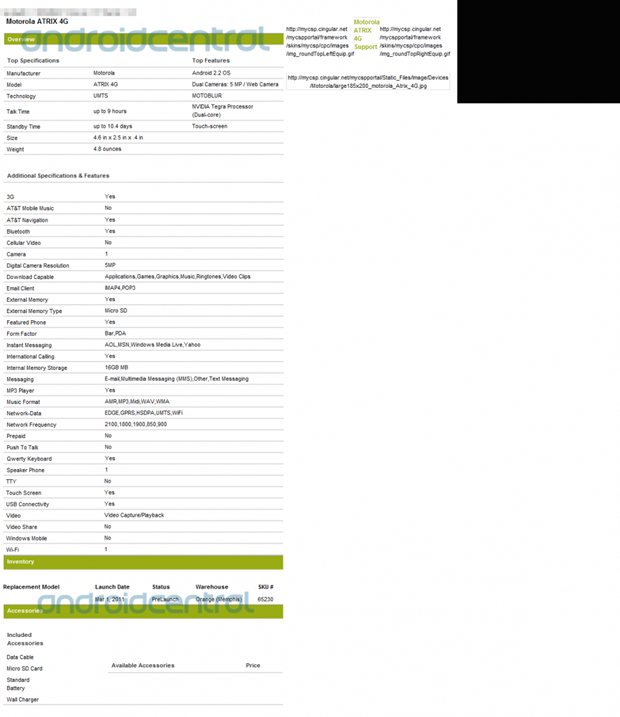 Android Now #1 US Smartphone OS On Millennial's Network, Chitika Is All "LOLWUT"