Every month, mobile advertiser Millennial Media releases their Mobile Mix, a report detailing where things stand in the mobile industry. This month marks a significant first, as well as some all-around good news for Android. Their highlights:

All in all, some pretty big news for Android, right? Not so fast: web advertiser Chitika disagrees, at least when it comes to which OS is #1 in the U.S.: 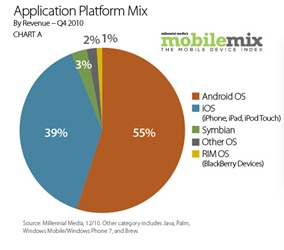 The results are (rather comically) nearly reversed: Chitika has the market 37%/53% (Android/iOS) while Millennial says it's 55%/39%. So who's right? Who the hell knows - but the recently-released numbers from Nielsen certainly complicate the issue. Chitika's numbers are measured by web traffic, while Millennial's numbers are measured by mobile traffic. Nielsen is generally the industry standard in measuring things, though - and both advertisers numbers are quite different than Nielsen's.

In any case, they certainly provide food for thought. A few more interesting graphics from the Mobile Mix: 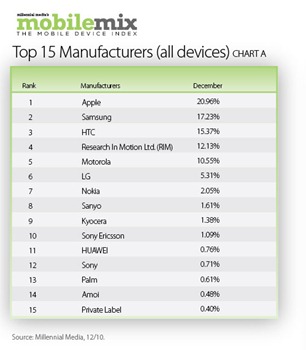 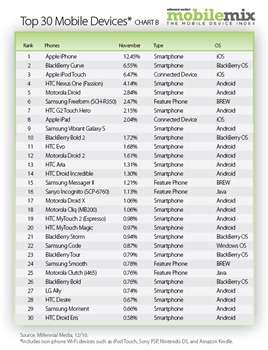 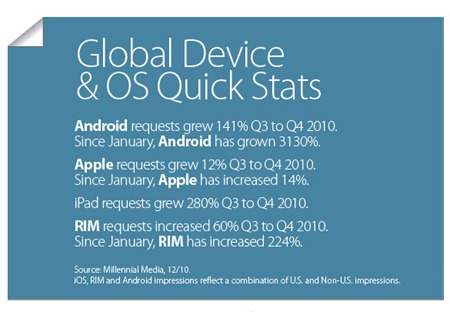