A few weeks ago there were rumours that Honeycomb, Google's next iteration of the Android platform, would actually be Android 2.4 and not Android 3.0. Although it was later confirmed that Honeycomb will indeed be Android 3.0, rumours suggested that an incremental update to Android was being readied. The About section of the Xperia arc, displayed below, appeared to confirm that there was indeed a version 2.4. 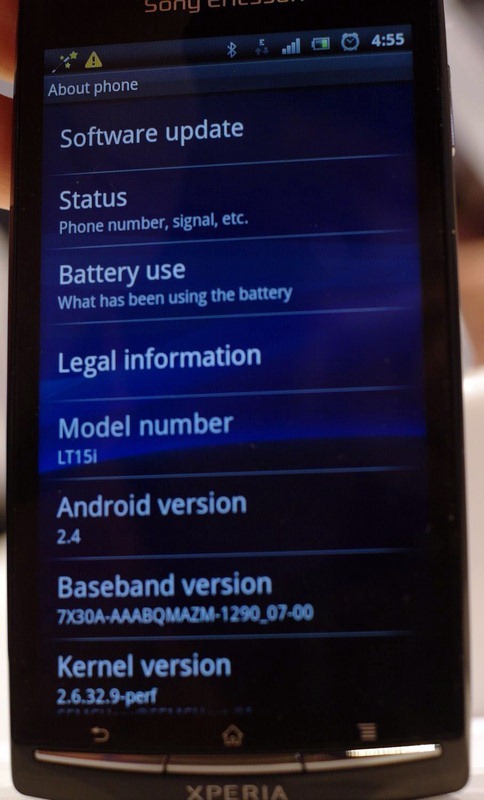 However, yesterday a post appeared on the Sony Ericsson Product Blog confirming that the version numbers "higher" than 2.3 appearing in the display of the Xperia arc phones was merely a "misconfiguration" and "nothing to get too excited about". After seeing the version number on the Xperia arc at CES 2011, a member of Tweakers.net was convinced that Android 2.4 was real and would include some fixes and extra features that Google could not squeeze into Android 2.3 Gingerbread, including speed updates, screen animations, call noise reductions and video chat. The blog post from Sony Ericsson, if accurate, could indicate that such an update wouldn't be labeled Android 2.4.