verizon-iphone-4The big question on everyone's mind (well, at least ours) today is: How will the iPhone coming to Verizon next month change the smartphone landscape? At this point, it's anyone's guess, but Android's unabashed domination on the US's largest wireless carrier will certainly be challenged in the coming months. However, there are significant forces at work that won't exactly help the iPhone with its Verizon debut - namely, Verizon and Android. That's not to say the Verizon iPhone won't be a success, it's just a question of exactly how much of a success it will be. Here's our take.

It's no secret Verizon's new upgrade policies have come at the chagrin of long-time customers and have received considerable flak in the blogosphere. What's to hate? Verizon has ditched their 13-24 month early upgrade "window" (essentially a 1-year upgrade policy) in favor of a 20-24 month plan, meaning anyone who signs with Verizon after the first of the year is stuck with the new, clearly worse upgrade policy. While there are arguments to be made that this will keep upgrade discounts high and service rates low (not that they are remotely close to anyone's definition of "low"), it seems like Verizon is just trying to pin down new customers even longer with this altered arrangement.

How is it related to the iPhone? The new upgrade policy essentially matches up with AT&T's. While there is a customer loyalty program on America's number two carrier that may discount and slightly shorten your upgrade wait, as an AT&T customer, I've never seen a reason to enroll (it makes no economic sense unless you have a family plan). iPhone customers on Verizon will be just as "locked-in" as those on AT&T, possibly more so compared to customers for whom the AT&T's loyalty program is a sensible choice. That's one less incentive to switch. 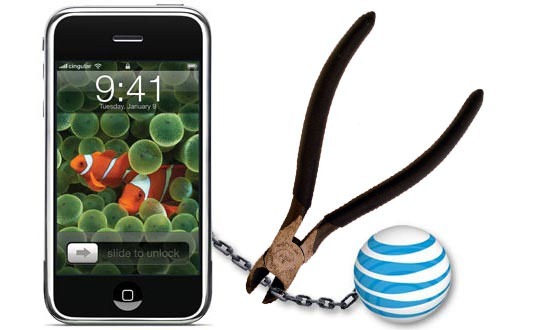 The bonds of servitude are not easily broken

Customers coming from AT&T iPhones also face a pro-rated $325 early termination fee, which for the earliest adopters of the iPhone 4 would still mean shelling out around $250 to escape the clutches of AT&T's contractual shackles. It doesn't seem likely that there will be a massive migration of disgruntled AT&T customers to Big Red, at least not until the next iPhone.

Current owners of Verizon's newer Android fare won't even have an opportunity to upgrade until May, at the earliest. That's the month when the first owners of DROID Incredible devices will be eligible for upgrades under the old policy, presumably shortly after the release of the HTC Thunderbolt. DROID X and DROID 2 owners are similarly stuck from anywhere starting in August and beyond depending on their purchase date. A significant quantity of original DROID owners will probably be coming due for upgrades soon, but many may find the idea of a switch to a software keyboard unattractive.

With some Verizon Android users already on their second Android device, jumping ships to iOS probably doesn't offer up a whole lot of additional functionality or features. Dumbphone users, on the other hand, are a different story, and still represent a vast legion of Verizon's subscribers. Smartphones can be frightening to technologically challenged consumers, but Apple has built a reputation for making their products famously simple to use, and the iPhone 4 lives up to that expectation.

We could see a large migration of these dumbphone users to the iPhone 4 instead of Android for that reason, though it's only speculation at this point. Why wouldn't these users have already gone to AT&T for an iPhone? Verizon's exceptional coverage in rural and suburban areas has forced many people to choose them as a carrier in locales where AT&T, Sprint, and T-Mobile simply cannot provide adequate service. For many, the iPhone on AT&T may not have been a viable option.

The Death of Blackberry?

If anyone stands to suffer because of a Verizon iPhone, it's RIM - a company that has been the all-but-official loser (aside from Palm, of course) of the smartphone wars. 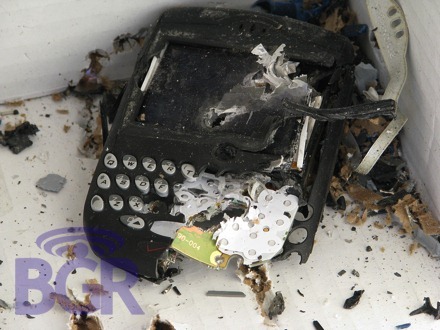 And if there's one fastidious, archaic group of holdouts on Verizon, it's crackberry users. As has been observed on AT&T, Blackberry devotees will probably be among the first to reap the fruits of Verizon's newly sown iPhone orchard. While some Blackberry addicts can't live without the device's trademark keyboard, the clearly dated software and bulky hardware can't exactly be feeling "modern" anymore. The iPhone has made a huge splash among corporate and business users on AT&T, largely because of its relatively simple operation and growing sex appeal. It's not a stretch to say the same will happen on Verizon.

Verizon definitely has some advantages in this arena, but it isn't winning hands-down. Verizon's 3G CDMA network has long been renowned for its excellent call quality, low number of dropped calls, and exceedingly large coverage area. AT&T, on the other hand, has generally been regarded in the opposite fashion.

Now, this isn't going to be a relentless bashing of AT&T - on the contrary, I'm usually very pleased with AT&T's network. Considering I live on the side of a mountain west of Los Angeles, my 3G speeds generally hover happily around 2.5-3Mbps down and 1-1.2Mbps up. Verizon clocks in at around 1.5Mbps down, and I'm not sure of the upload speed. Granted, I don't live in the city center where AT&T's network is probably a lot more burdened and congested, a problem Verizon doesn't seem to have at this point. On the flipside, AT&T's GSM iPhone has a lot more going for it in regards to international roaming than Verizon's CDMA edition - GSM allows connectivity throughout most of the world, while CDMA is limited to around 40 countries. 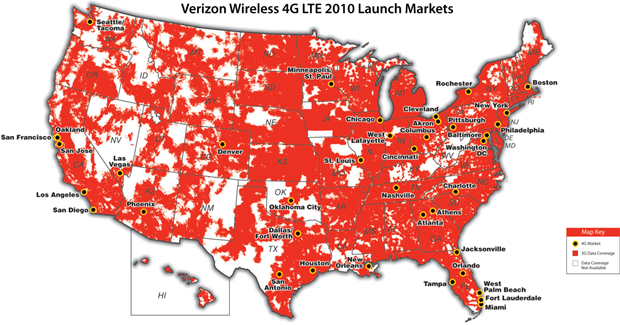 It's not all roses on AT&T, though. I do get dropped calls (though rarely when I'm at sea level / in the city) and call quality isn't always fantastic. AT&T's EDGE network is pretty much non-functional when 3G is unavailable. The latter is something I've noticed when driving back up to the Northern half of the state, particularly when I was forced to use my CR-48's Verizon mobile data connection because my Nexus One couldn't get more than a laughable attempt at 3G signal on AT&T.

For most people, though, it's probably not that big of a deal. Verizon's network, outside of ultra-high congestion areas, has almost always been observed to have significantly slower download speeds than AT&T. But for business users, Verizon's superior coverage and call quality are major considerations and may sway large accounts from AT&T simply for the better quality of domestic service.

In the end, there's a lot of things that may make the Verizon iPhone 4 a less than watershed-moment in the mobile industry. Without 4G or special plan pricing, most AT&T customers probably aren't going to be switching any time soon. Most current Verizon smartphone users aren't in the market for an upgrade until this summer, when the refreshed iPhone will inevitably be debuted, and probably with 4G onboard.

Anyone who buys the Verizon iPhone 4 will be stuck waiting almost two years before they get the green light to upgrade. AT&T has offered early upgrade options to customers with previous iPhone releases, but I don't think Verizon will be shaving 15 months or more off the upgrade window for iPhone 4 users when the device's successor is released.

Should Android be worried? Of course, this is the second-coming of the smartphone Jesus for Apple fans. But it's a matter of degree - I don't think we'll see the trend of Android adoption slow down because of the introduction of the Verizon iPhone. With devices like the HTC Thunderbolt and DROID BIONIC on the way, the iPhone isn't the hype machine it was last year, while this is shaping up to be the most explosive annum for Android devices yet. And what's more, with phones like the Xperia Arc and Motorola Atrix coming to AT&T, the iPhone will be facing serious Android competition on its home network.

Undoubtedly Verizon will sell quite a few iPhone 4 devices on launch day - it'll just be interesting to see who's buying.

Andy Rubin: Next Version Of Android To Be Called "Ice Cream Sandwich"