Motorola is expected to launch its XOOM tablet in February 2011 and, according to DigiTimes, they have placed an order for about 700,000 to 800,000 units. If there is greater demand, DigiTimes expects the order to reach up to one million units by the end of the first quarter of 2011.

Interestingly, DigiTimes also claims that Motorola and Samsung are being given special treatment by Google, while competitors, such as LG and HTC, are being left behind. This could explain why Andy Rubin, VP of Engineering at Google, originally demoed Android 3.0 Honeycomb on a (then unofficial) Motorola XOOM. 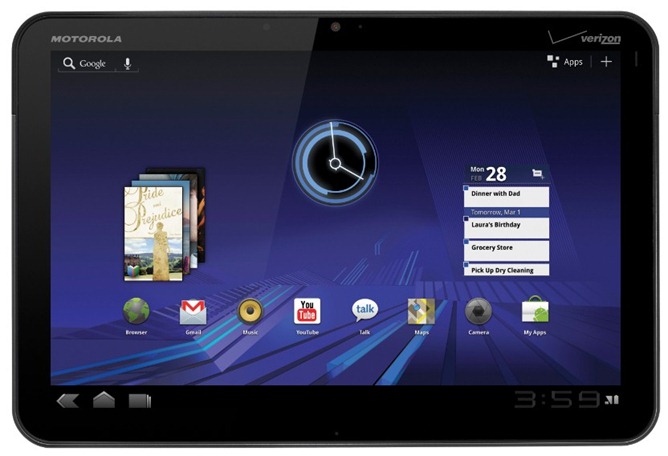 At this point, Motorola's sales estimates seem rather modest, considering the Samsung Galaxy Tab sold over 1 million units in its first month and the Apple iPad is expected to sell up to 7 million units in the first quarter of 2011. It is likely that once consumers get a taste of Google's tablet focused version of Android, codenamed Honeycomb, running on the XOOM, sales will pick up.

Analysts have already commented that Android's share of the tablet market is set to reach 39% by 2012, closing the gap to Apple's 44% market share. With the Motorola XOOM and numerous other Android tablets set to launch in the coming months, it is conceivable that Android's market share will overtake Apple's sooner than expected.