App store analytics company Distimo has released a report reviewing the changes in the Apple, Android, Blackberry, and Nokia app stores in 2010, and the results are impressive for all four. To highlight a few points from the 28 page report: 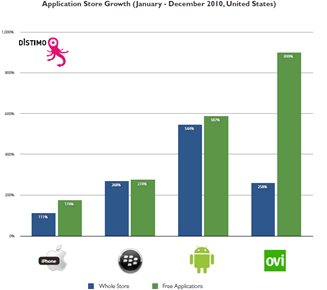 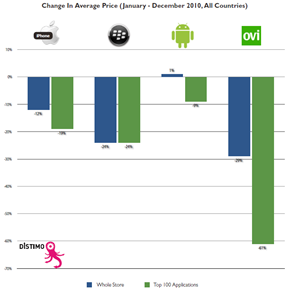 You may remember that a few weeks ago, AndroLib was reporting over 200,000 applications in the Android Market. As we've said before (and AndroLib themselves have said), their number is far from accurate.

Below are the top paid/free apps/games from the report. To check out the report for yourself, be sure to hit up the source link (note: email address required). 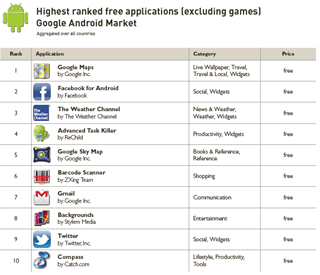 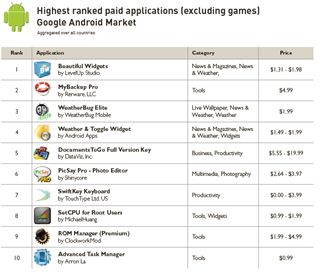 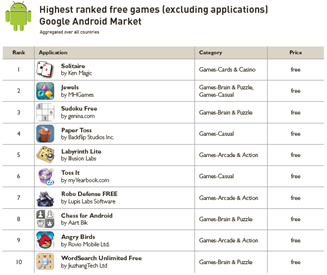 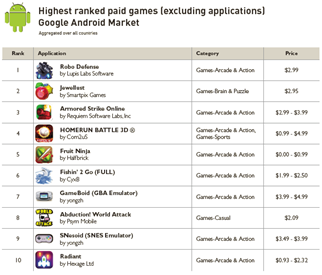