ASUS turned a few heads with their recent device unveilings, with one of the more intriguing ones being their Eee Pad MeMO. Unlike almost every other tablet device here at CES, the MeMO is not using a Tegra II processor but will instead be powered by the latest Snapdragon. The MSM8260 is the first dual core processor we've seen from Qualcomm, and we were eager to put the 1.2 GHz chip through its paces. Unfortunately, the MeMO crashed during the 3D rendering section of the Quadrant benchmark. Prior to this, the Neocore benchmark had gone into some kind of endless loop, so our attempts at empirical measurement of the device's capabilities were frustrated. 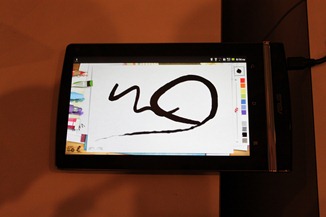 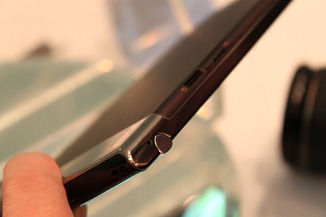 Thankfully, we had tried out a few other things before this unsuccessful benchmarking attempt, and impressions were generally positive. The device was slim, and its 7" WSVGA screen was vibrant and sharp. Construction quality was typical of ASUS, meaning that the device felt solid in the hand with a reassuring heft. We also tried out the "pressure sensitive" stylus included in its chrome scabbard, and found it to work pretty well. It turns out that the MeMO is just using a normal capacitive screen, as we were able to do the pressure level drawing with our own capacitive stylus. 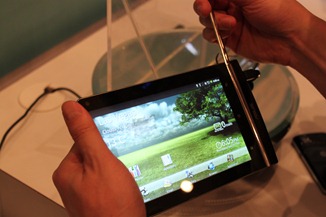 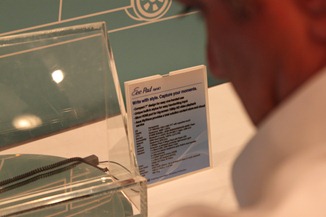 In terms of speed and snappiness, the Snapdragon performed admirably.  Despite its rather buggy Froyo underpinnings (final release will be Honeycomb), the UI was still quite responsive, with images in the Gallery populating quickly and apps opening and closing seamlessly. This is definitely one to watch out for, if only as a maiden flight of this next gen Snapdragon.