Walking around CES Unveiled on the first day of CES 2011, I ran into a little company called Mavizon Tech, showcasing their product with a beautiful name Mavia. I you've never heard of Mavizon, don't feel bad - they don't have many consumer-facing products just yet, but it's all about to change when Mavia hits the market later this year.

What is Mavia? It's a little gizmo box that plugs into your car's diagnostics port and sits there, drawing the power from the aforementioned port. Inside the Mavia - a GPS module and a 3G radio that is able to broadcast a signal anywhere there is 3G reception (I forgot whether they use T-Mobile or AT&T, but it's one of those).

Here are the things Mavia can do:

Mavia will cost under $300 and will not have any monthly 3G fees, similar to Amazon Kindle's Whispernet. The little gadget will be available sometimes in 2011, so look out for it at electronics retailers soon. Frankly, I think every dealer should include this little device as an option due to the benefits it can provide at a price that is not nearly as high as LoJack alone (though, not nearly as stealthy either).

Check out the video and pictures below and then hit up the product and FAQ pages for more info. 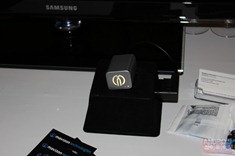 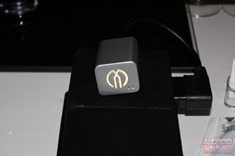 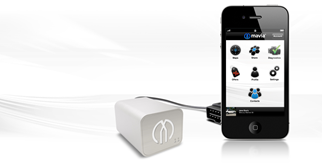 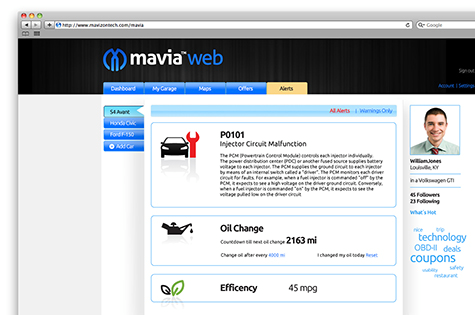 MSI Shows Off Its Android-Powered WindPad 100A