What a night!  Along with announcing the Motorola Xoom, Motorola's CEO also announced the CLIQ 2 and its crazy honeycomb-patterned sliding keyboard.

The handset will pack a 1GHz processor, 5MP camera, WiFi calling, mobile hotspot capabilities for up to 5 devices, and a 3.7-inch FWVGA (854x480) display. With dual-core phones coming out of the woodwork, it seems that 1GHz CPU's will quickly become the new mid-range favorite, which is pretty incredible considering everyone's favorite 1GHz packing 'Superphone', the Nexus One, was announced just one year ago today.

Still no word on pricing, but you should be able to nab one come January 19th -- as long as you can tolerate that funky keyboard design. 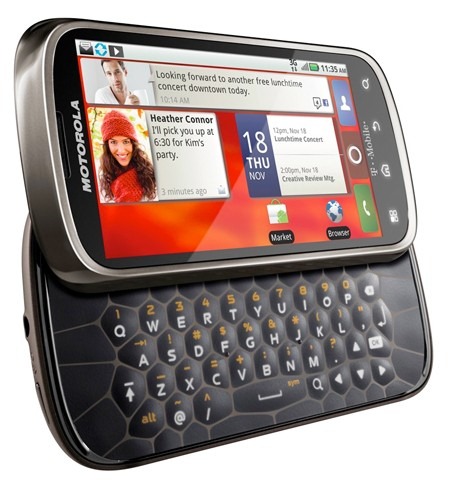 Google: Android SMS Bug Is Real, Will Be Fixed Shortly