The Atrix 4G may not be the only dual-core powered Android phone announced this year at CES, but it certainly seems to be the only one that claims to 'redefine the line between a phone and a laptop'. It's able to blur said line by featuring the relatively unique 'Laptop Dock' accessory, which, for all intents and purposes, will convert your Android phone into a netbook running Motorola's 'Webtop' application.

Details on the actual Webtop interface are sparse, but Motorola did spill the beans on the internals powering the Atrix 4G:

Note the incredibly beefy battery - 1930 mAh is probably the largest mobile phone battery we've ever heard of. If you think this is where the fun ends, you are grossly mistaken. Remember the laptop dock that the Atrix plugs into? Get this - it has its own battery, which can last 8 hours and doubles as a phone charger. Plug the Atrix in, use the laptop, unplug it when you're ready to go, and instead of a dead Atrix, you have one that is still fully charged. Brilliant.

In addition to the battery powered laptop dock, we also have an HD dock, which can hook up to an HD monitor, a mouse, and a keyboard. The Atrix IS the brain - all you need are the peripherals. In fact, it's so powerful, the Webtop app actually contains a full desktop version of Firefox, really blurring the lines between desktops, notebooks, and mobile.

Don't have a keyboard or a mouse? No problem - the Atrix can replace either of those devices while hooked up to a dock. Alternatively, the keyboard/mouse combination can be swapped for a multimedia remote. Motorola definitely went an extra mile while designing this device, didn't it?

No price or dates have been announced yet, but you can be sure we'll let you know when they are. 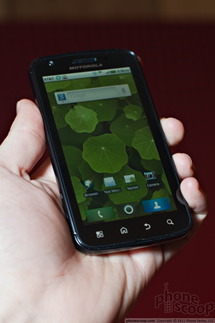 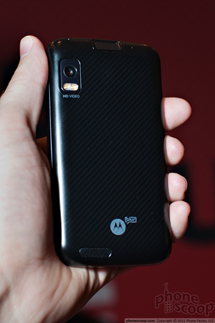 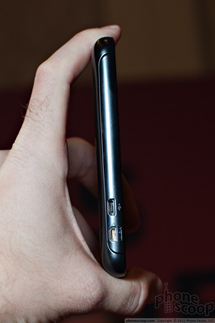