Last night at the CES Unveiled preview event, I got a chance to see a new product made by Parrot, called Asteroid.

Asteroid is a voice-activated, Android-powered car deck that replaces your existing single DIN car stereo. It has a small non-touch 3.2" color screen, runs on a specialized version of Android (the presenter didn't seem to know which Android version it was based on exactly), is capable of running custom Android apps (SDK for which is coming out later), and can accept a variety of inputs, such as your iPhone, iPod, USB storage, SD card (the left half detaches to reveal the SD slot), Bluetooth, 3.5mm jack, 3G and GPS dongles, and AM/FM/RDS. Notably missing: a CD slot Asteroid has no built-in connectivity of its own and therefore requires a mobile gateway, such as a phone, a mobile dongle, or a portable 3G/4G modem. Parrot is planning to release Asteroid in Q2 of 2011 but wouldn't comment on the price just yet. 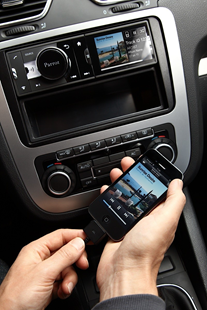 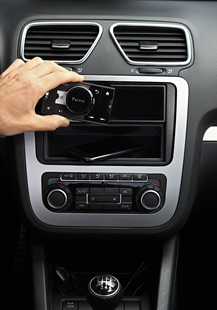 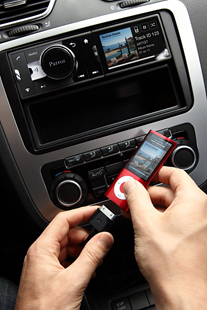