Sprint's just sent out the official press release announcing the HTC EVO Shift 4G, and it looks like just about everything we've heard is true - right down to the price. Need a refresher on what this baby EVO is packin'? 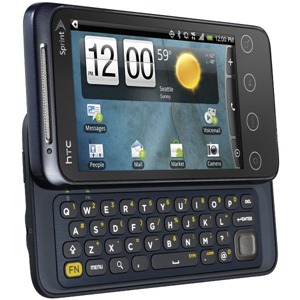 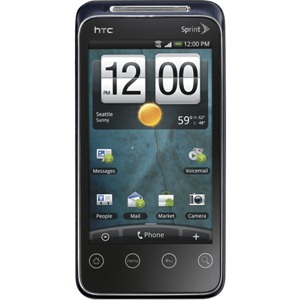 Our friends over at Wirefly have had the chance to give the Shift a 10  minute video review. It's certainly worth a full watch, but some of the highlights:

Piqued your interest? Head on over to Wirefly to check out the review, or if you're already sold, hit up the pre-order page (the price will pleasantly surprise you).

“Sprint will continue to set the bar for feature-rich and customer-friendly 4G devices into 2011,” said Dan Hesse, Sprint CEO. “Our proven leadership as a 4G pioneer has allowed our customers to enjoy 4G from Sprint first, and these new products exemplify Sprint’s commitment to put industry-leading performance and capabilities in the hands of our customers.”

A Feature-Rich 4G Phone with QWERTY

As the 16th 4G-capable device from Sprint, HTC EVO Shift follows in the footsteps of the award-winning HTC EVO™ 4G, bringing customers an attractive, compact design and an impressive list of features with the addition of a sliding QWERTY keyboard. Beyond the highly acclaimed HTC Sense user experience, HTC EVO Shift also boasts the power of 4G, Android 2.2™, a 5MP camera, 720p HD camcorder and a 3.6-inch capacitive touchscreen display with pinch-to-zoom capability.

The Web browser on HTC EVO Shift is optimized for convenient mobile use and a full Internet experience with functions like pinch-to-zoom and automatically reflowing text. Adobe Flash technology ensures that rich Internet content, such as embedded video and animation, are displayed the way they are meant to be seen. The slide-out QWERTY keyboard makes staying in touch with friends and family through messaging and social networking quick and easy.

Priced at the lowest cost at launch for any current 4G phone, HTC EVO Shift will be just $149.99 (excluding taxes) after a $100 mail-in rebate and activation on a new two-year service agreement (or eligible upgrade), and activation on a data plan with the required $10 Premium Data Add-On. It will be available in all Sprint retail channels, including www.sprint.com and 1-800-Sprint1, on Jan. 9. For more information, visit www.sprint.com/shift.