Yesterday, we received an email tip about a new app called PacMap, which blends virtual/augmented reality, Google Maps, and... PacMan. Unsure of what to make or think of this potentially dangerous, but extremely original and interesting concept, I decided to test the waters last night by submitting the app to reddit. This morning, it was #1 in /r/android, which shows that thinking outside the box is always welcomed. Oh, and did I mention that PacMap is open source? Bravo, Stefan Wagner (that's PacMap's developer). 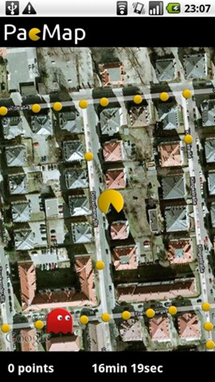 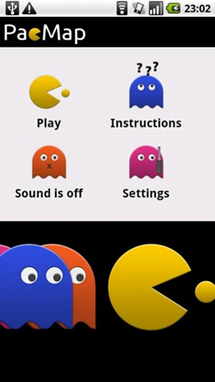 The goal of the game is described by the author himself as follows:

Your goal is to eat all the dots. For each dot you will get a point. But beware! Ghosts will try to catch you. Try to avoid them as long as possible.

To further highlight a few points that may not be immediately apparent, I've handpicked a couple of reddit comments.

I can see this making getting fit a little bit more fun.

Jogging or riding a bike while trying to collect the dots could make exercise that little more interesting (perhaps dangerous if you're not paying attention). Maybe better suited for walking. Set how far you want to walk, then the app plans a game map out for you (maybe that's what it does, like I said, haven't tried it).

NLclothing makes us chuckle by offering this thought:

I'll just tell the cops I was drinking beer and noticed Pinky wandering down my local suburban street, so had to do 70 through a crowded neighborhood to get away from him. He'll understand.

You can find the PacMap video demo and the download link below.

Update: PacMap has been taken down in the Market, on source forge, and YouTube. We reached out to the creators wondering what's going on and got this in response:

"Sorry, but Namco Bandai filled a DMCA request at sourceforge and removed the project. And as I don't want to get in further trouble with Namco I immediately removed the game from the market and deleted the videos. I hope that Namco won't sue me because of that... :/

I will work on a improved version with new graphics and sound which won't get me in trouble as soon as I have enough time. I will let you know when I got something." 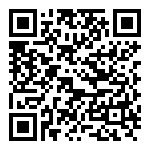