Looking Back: Andy Conquers The World (And Then Some)

What a whirlwind year for Android. Although the T-Mobile G1 - the first Android handset - dropped way back in October of 2008, it arguably took until 2010 for Android to become feasible for the mainstream. In fact, when the Nexus One was released in early January, it was widely hailed as being the first true Android competitor to the iPhone, in no small part due to the advancements made with Éclair.

From there, Android took off: Eric Schmidt announced in May that over 100,000 Android handsets were being activated daily. By June, the number was up to 160,000. And just a few weeks ago, we passed 300,000 activations per day - an absolutely staggering figure. 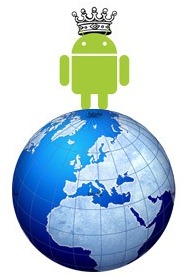 The amazing variety and versatility of Android is undoubtedly the biggest contributor to its success. You can find Android handsets within any price range, on virtually every network, using just about every network technology, in the world. Are you a Sprint user looking for a high-end Android device with a keyboard? Hello, Samsung Epic 4G. Or perhaps a you're an O2 customer looking for a free phone? Meet the HTC Desire.

But the versatility of Android stretches beyond cell phones alone. Today it can be found powering an amazing variety of consumer electronics:

The list spans hundreds of devices, and goes on and on - and it's only getting longer. Which brings us to...

Looking Forward: Where Android is Headed in 2011 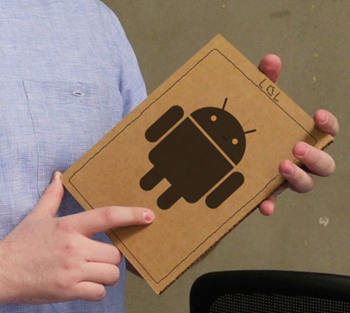 I think it's pretty obvious at this point that 2011 will be the year of the tablet. Hell, you could even argue that 2010 was - although most of the ones we've seen thus far are generally crap, at least out of the box. So let me clarify: 2011 will be the year of quality tablets - the type that work well without any end-user tomfoolery (and perhaps... a Nexus tablet?). We'll also see more low-quality, buggy, and poorly supported tablets - but let's just all agree right now to steer clear of those, mkay?

What will make the tablets so much better than what we've seen so far? Well, for starters...

Dual-Core CPUs For Everyone! 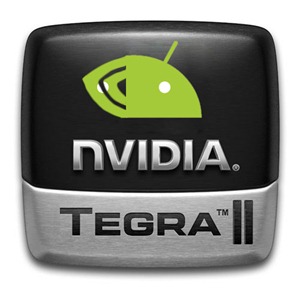 It's no secret that Tegra 2 is coming in a big way. Not only is it the reference chip for Honeycomb, but nearly every upcoming high-end phone and tablet looks to be packing nVidia's dual-core CPU. Even Samsung, who successfully developed their own single-core CPU (Hummingbird) will be switching to Tegra 2 for their dual-cores.

I wouldn't expect dual-core mobile CPUs to reach budget consumer hardware by the end of 2011, but I do expect to see phones with the wunderchip drop to $0 during sales or as the handset ages.

One issue to consider is that adding cores is only half the battle - the software has to be able to take advantage of the extra core, and in phones especially, it has to do so efficiently. When multi-core CPU's hit the PC market, it took years for mainstream support. Even today, many consumer applications aren't yet optimized for multiple cores. Still, I wouldn't expect the process to be nearly so long and difficult with Android for two main reasons:

But dual-core CPUs are only half the big news. The other half? 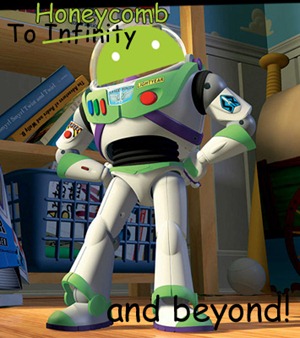 What do we know about Honeycomb? Well, that really depends on your definition of "know" - thus far we're mainly running on rumors. Perhaps the most touted (at least, by the layman) change with Honeycomb is the UI. So far we've got a general idea of what to expect thanks to the leaked music player and various "sneak-peak" style demoes.

Other than that, as mentioned above, we'll be seeing dual-core support baked in to the OS. There have also been rumors of an Android music store.

Even with the UI improvements that are rumored to be coming in Honeycomb, we'll still continue to see... 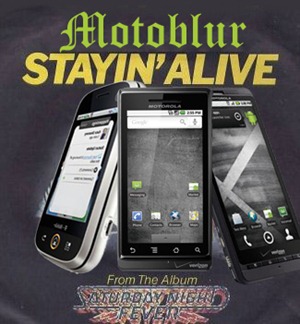 Love them or hate them, they won't go away. With Android continuing to grow and take market share, manufacturers need custom UIs to separate themselves from the pack. Sometimes this works out for the better, and sometimes for the worse. In both cases though, general consumers don't seem to mind: the HTC EVO 4G (Sense UI) was sold out for weeks (if not months) after release, and Samsung has sold nearly 10 million Galaxy S (TouchWiz UI) devices. (Nerdier types seem to prefer vanilla Android, but they're the minority.)

The biggest downside to custom UIs is undoubtedly...

Fragmentation Sucks. Does Google Have a Solution? 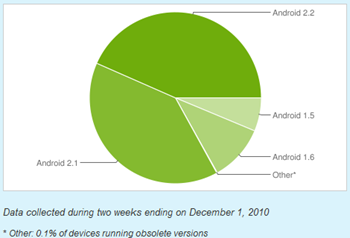 Keep in mind that 2.2 has been out for more than 7 months.

Manufacturer UIs are so highly integrated into the Android OS that every time Google releases an update for Android, manufacturers and carriers have to manually work the changes in around their existing customizations, sometimes rewriting code in the process. The process isn't simple: manufacturers have a number of devices, running all kinds of hardware, and each device requires a back-and-forth cycle of testing and fixing builds.

The result: updates for some devices take months, and when they finally do roll out, there's a good chance they're already out of date. In other words, fragmentation.

I can't tell if this is fueled by naïve optimism, but I can't help but think (hope?) Google is working on some sort of solution to the problem. There are certainly some possibilities for how it can be done, but Google has to walk a fine line between allowing carriers and manufacturers to do their own thing and quality control.

Obviously, there's plenty of blame to go around. The carriers need time to work on the code as well, but that's dependent on manufacturers, who typically receive the bulk of the blame for slow updates. But hey, everybody loves a slow update cycle. 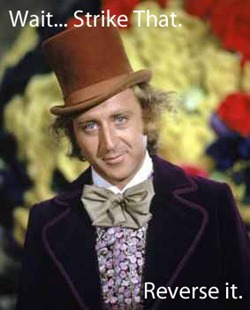 We've heard from a lot of people who are awfully upset with Samsung's slow update cycle. Consequently, many consumers are less than satisfied with their experience with Samsung, and it's not hard to imagine that this will come back to bite Samsung in the butt. Inversely, HTC has been doing a respectable job of getting updates out the door. That reputation, coupled with the consistently high-quality hardware and design, will likely continue to pay off for the company in 2011.

So there you have it: some speculation, some rumor, some fact - there's really a little bit of everything here. Now you know what we see as the high points of the last year, and what's coming for 2011. What do you see? Sound off below - let the world know what you think.