Today, we have a couple of leaked photos of a smaller Xperia phone, similar to the X10 Mini series. This one is rumored to be packaged with a 1 GHz Snapdragon processor, an Adreno 205 GPU, a camera on both the front and back, a 3-inch screen, a slide-out QWERTY keyboard, and - last but definitely not least (just ask any X10 user) - Android 2.3 (Gingerbread).

This addition to the Xperia Android family is delivering some major upgrades, including an extra camera, a larger screen (upgrade from 2.6-inch), and of course, an up-to-date OS. The original X10 Mini line was announced at Mobile World Congress back in February, so it's rumored that this will also make an appearance in February at MWC 2011. I'm very excited to see a reboot for this phone; I've always been a fan of Sony's hardware, and I'm glad that they are finally becoming competitive on all ends of the spectrum. 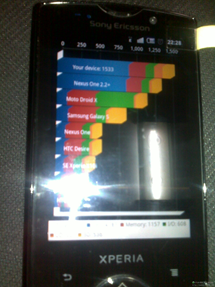 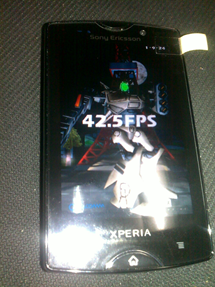 Credit: IT168 via Android and Me, Gizmodo