The D3 also mirrors the S9's candybar format, ditching the somewhat outdated square-block design of the D2s. It will be available in 8, 16, and 32 GB variants.

FM radio, HDMI, 1080P HD playback, DivX/Xvid decoding, microphone, G-sensor, T-DMB, WiFi (b/g), and Bluetooth 2.1+EDR connectivity come along for the ride, summing up to what appears to be one of the most convincing Android media player offerings yet. Whether the D3 will be able to successfully compete with the latest iteration of the freshly rumored Samsung Galaxy Player remains to be seen. We won't have to wait long - both players are likely to be demoed at CES 2011 in a bit over a week's time.

Have a look at some pictures of the device as well as supported audio and video formats below: 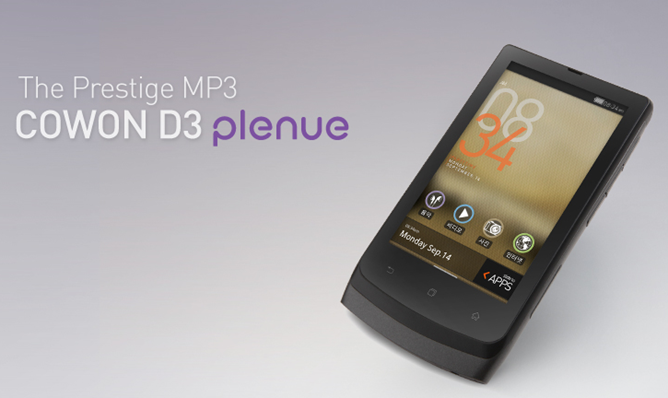