If you've got your eye on Sprint and HTC's latest WiMax-capable baby, you're in luck - an anonymous source at Best Buy has just sent us the following shot of their system: 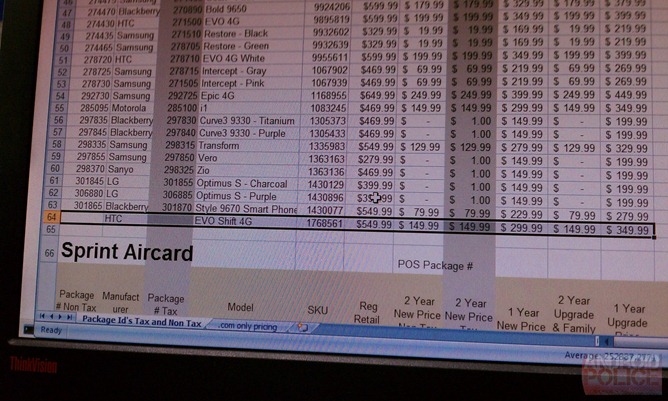 It appears the EVO Shift 4G, or SKU 1768561, will retail for just $149.99 on contract. As an unexpected (but very welcome) surprise, shoppers looking to upgrade to the phone from an older device will be charged the same $149.99 as new customers, provided they also sign up for a new two-year contract.

Those of you who prefer to buy your devices off-contract will be coughing up $549.99, while those who would rather go with a one-year agreement will be handing over $299.99. Finally, upgrading your device while simultaneously signing up for a new one-year contract will cost $349.99.

Not bad pricing, especially since the Samsung Epic 4G, whose feature set appears to be nearly identical to that of the Shift 4G, costs a Benjamin more on contract. Let's just hope Sprint's official pricing follows suit.