It's certainly been a good few days for Android gaming, hasn't it? And it looks like the trend is still going: the hotly anticipated Android version of popular iOS game Dungeon Defenders has just landed in the Market with a holiday price of $3. What makes the game so great? Aside from the fact that it's powered by the Unreal engine (!) - which means the graphics are superb - it's long been one of the best-rated iOS games on the market. And indeed, after just an hour on the Android Market, the game has 15 ratings for an average of 4.8 stars.

Note: the video is for the iOS version, but it's virtually identical to the Android version.

The minimum requirements for the game: 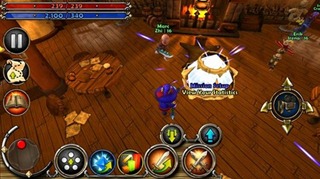 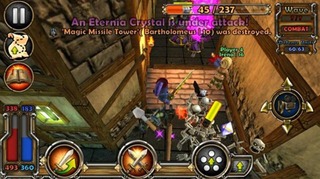 The team has also announced that an PvP expansion will be coming to DD:FW in the form of Dungeon Defenders: Arena, for both iOS and Android. Check out the trailer:

Certainly looks impressive, doesn't it? If you're ready to take the dive, head over to AppBrain or scan the QR below.