This has been brewing for a while, but I've had enough. As you may know, throughout the week, I keep an eye out for any new worthy Android apps to be rounded up and published for everyone to enjoy. An important part of this search is looking through the new apps list, for which I had chosen AppBrain - specifically, this RSS feed, which lists every app entering the Android Market.

As I've looked at these new apps day by day, I started noticing something peculiar. No, it wasn't the amount of fart apps and soundboards - those, while annoying, are still legitimate applications, which, thanks to Google's openness, deserve a place in the Market just like any other app. What I noticed was that the same several apps appeared in the list over and over and over again, day after day. It's been weeks, and this behavior has not subsided - in fact, it's quickly getting into a disastrous state.

Let me explain what is going on here. The developer of the following "games": DoodleChain 2, BoomShine, Dottouch, and MouseChain, represented by at least 2 developer accounts - Forrester and Woodman, published them to the Market and probably got a few bad reviews and a low overall rating, most likely because those "games" are bad. Really bad.

Update: Found 2 more accounts spamming the same, and even more, apps: FastAndFun and Koks. It's getting more ridiculous by the hour. Just look at the Market account for Koks on a Market tracker that doesn't seem to removed deleted apps: [email protected]. 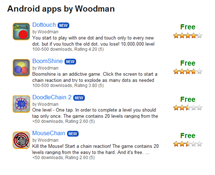 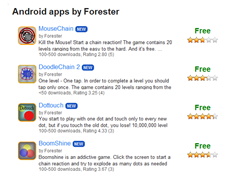 So, what do they do after that? They pull down the apps, rename the package names (pname), which is how Google identifies each app internally, by appending "001" and republish them back to the Market. Immediately after, they rate all of their apps 5 stars and end up getting into the Newest Apps list in both the Google Market and sites like AppBrain. Slowly, people vote them down again, so they rinse and repeat, gaming the Market over and over.

Wondering how ridiculous the situation has gotten? The current iteration is 062 (though, it looks like this number is a lot higher), and the apps get republished almost every day, sometimes twice a day. A simple search for DoodleChain in my Google Reader reveals the following 175 results: 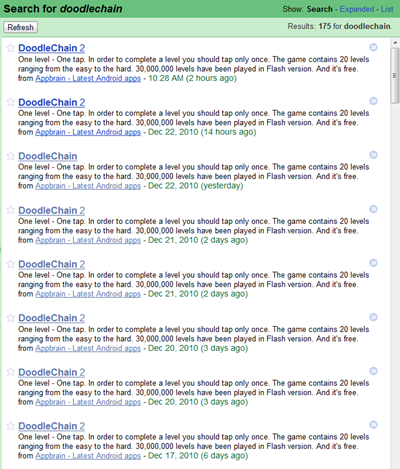 Here is how you can find the spammers (they bounce the apps back and forth between accounts, so one of them might be empty at any given time): 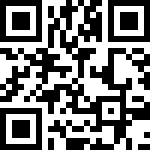 So, what am I trying to say here?

Update: I have reached out to Google for comment.