HTC's released plenty of phones lately,  but Verizon - arguably the biggest Android carrier - hasn't been getting any love since way back with the release of the Droid Incredible. What better way to bring it all back than with an LTE launch phone? Judging from HTC's rather smug (who can blame them?) teaser page, they're set to hit the ground running with a launch of the "Incredible HD" on January 6th. That coincides happily with the start of the Consumer Electronics Show, where Verizon are already expected to be pushing their LTE agenda. 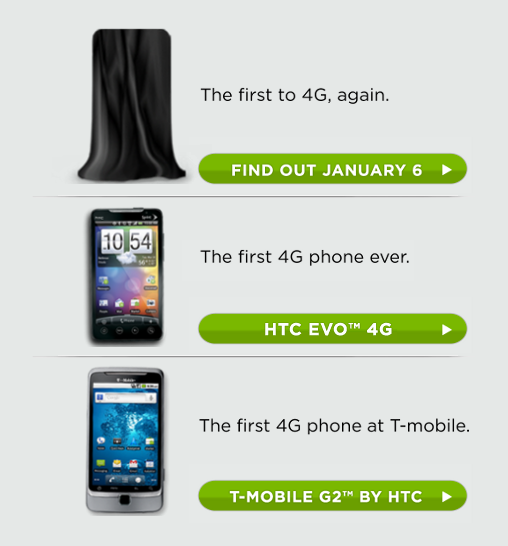 It may not be the only LTE device readying itself for action with Big Red, but staunch HTC fans have been somewhat starved of choice on the famously reliable CDMA network of late. Will it really be called the Incredible HD, though? The name HTC Mecha is another crowd favourite, and Thunderbolt is a third contender, although we may just be seeing the same coin from different sides, much like the HTC Supersonic/Sprint EVO 4G and HTC Passion/Google Nexus One. Three different 4Gs and three-sided coins; we're living in the future, people.

Note: Phandroid have done some investigative work about the webpage that this teaser is hosted on. They've raised some security and legitimacy concerns that we're inclined to agree with, so be wary of entering any personal info on that sign-up page. Best course of action is probably to set your sights firmly on January 6th and wait it out like the rest of us.

Tunerfish Releases Android App, Aims To Be FourSquare For TV, Movies, And Videos (Complete With ...

Get Into The Holiday Spirit With A Christmas Dock & Droid Icons