Earlier today, we received a tip regarding Notion Ink's yet-to-be-released developer program for its "Genesis" app platform. Indeed, while the developer homepage remains relatively useless, the leaked developer program registration page the tipster sent us does appear to be legitimate and even comes complete with terms and conditions.

Update: As some of you so eloquently pointed out, the developer program was indeed active at one point, and the registration has now been closed (at least partially, apparently). Nevertheless, we believe some details weeded out of the terms and conditions and displayed below are relatively unknown and quite valuable. 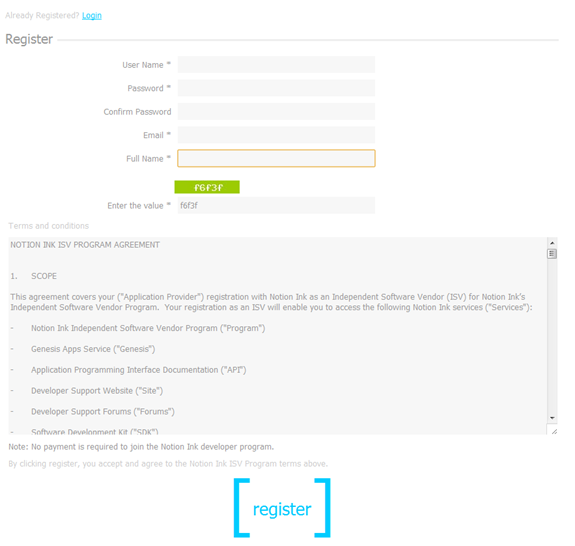 After registering and clicking the confirmation link in the email from Notion Ink, I found myself at the end of the road, as the actual pages for developers could not be found.

Although the developer program does not appear to be ready for launch, the terms and conditions on the registration page have yielded some interesting information about Notion Ink's "Genesis" app platform:

No word yet on when the partially exposed developer program will actually be launched or the SDK be made available.

HTC To Start Rolling Out Froyo To European Wildfires This Week, Rest Of The World By February 2011

Yet Another Galaxy S Feature Missing From The Samsung Nexus S: Gorilla Glass