Prepare your party gear and break out the keg, people: Google is officially starting the push of Gingerbread to AOSP (Android Open Source Project) as we speak. Jean-Baptiste Queru just announced that fact, saying he was going to begin pushing the code to the AOSP, and the process is expected to take a few hours. 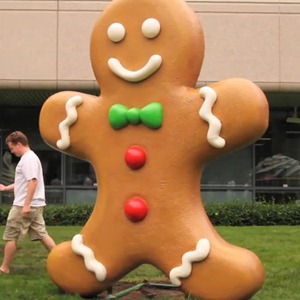 What does that mean for you? ROMs built on AOSP code (such as CyanogenMod) will now have access to Gingerbread, so expect CyanogenMod for Gingerbread (CM7?) to start cooking shortly. Since the code is now finalized, it also means that Google will likely start pushing out the Gingerbread update to the Nexus One. In turn, carriers and manufacturers will finally be able to start working on porting their devices.

You can watch the progress of the push here: http://android.git.kernel.org/?o=age.

Nexus S went on sale yesterday morning in the US, running Gingerbread.
Just like I did for Froyo, I'm open-sourcing the matching Android
platform source code, right after the first consumers get their hands
on it. I'm going to start literally right now, and the process will
take a few hours.

I'll give more details once the source code is available. However,
there are three aspects that you need to know ahead of time:

-As part of the process to push the source code, there will be some
points in time when the master branch doesn't build. Sorry about that.
If you're working on the master branch, I recommend that you don't
sync until I send an "all clear" when I'm done and things look good.
Other branches are expected to work fine as soon as their manifests
are created.

-Even though Nexus S is designed to be suitable for AOSP work, there
are some caveats. I very strongly recommend against trying to use
Nexus S for anything related to AOSP at the moment. Trying to unlock
or use your Nexus S for AOSP work could easily turn it into a Nexus B
(where B means "brick"); I have two of those, they're not very useful.
I'll send some guidelines about what is currently possible once I've
finished pushing the source code.

-Please take it easy on the kernel.org servers. They are very helpful
in hosting the AOSP source code, and I don't want to hurt the high
quality of their service with an onslaught of full Android downloads.
If you're not going to immediately work on porting Gingerbread to
devices with the intent of distributing the result to end-users, I'm
kindly asking that you wait a few hours or a few days before you
download it (just roll a 6-sided die and wait that long). In addition,
the slower the servers are, the harder it is for me to do the push.

Thanks for being patient.
JBQ

Update: JBQ provides a few more details on the push:

I'll be creating a tagged version of 2.3 which will match the exact
code that is used on Nexus S.

I'll also be creating a new branch for gingerbread, which will mirror
the development branch that's been used by Google engineers.

Finally, that gingerbread branch will be merged with the master
branch, which is essentially a very large contribution to AOSP.