Google has been making multiple changes to the Android Market recently, with the introduction of 6 additional screenshots, new promo graphics, YouTube video links, recent changes, and a whole new and refreshed Market app. It looks like they're not planning on stopping, as yet another, more subtle, update just hit the Android Market publishing interface, also known as the Developer Console.

What does it mean for the future of Android apps?

Developers, what do you think? Yay or nay? 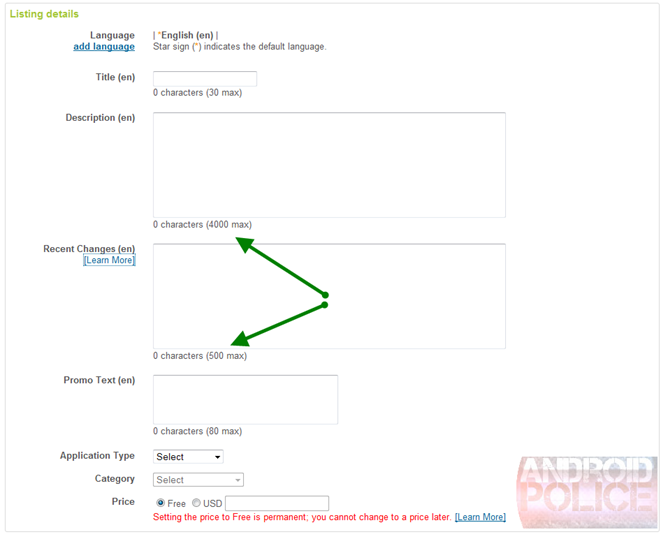 Cheers for the tip, Yuku